The Impact of the Olympics: Xu Xin 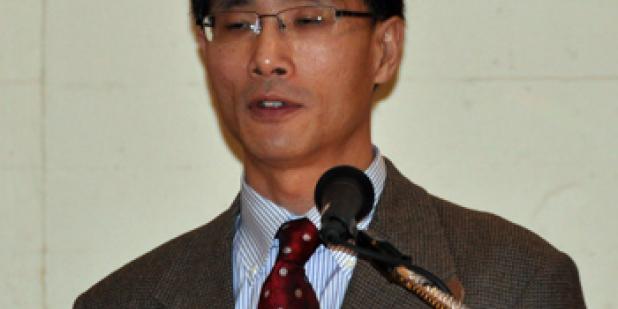 Xu Xin teaches in the Department of Government at Cornell University and is associate director of the China and Asia-Pacific Studies (CAPS) program. Prior to joining the faculty at Cornell, Xu Xin headed the the China and the World Program from 2006-07. He was also formerly Associate Professor of International Relations in the Department of International Politics at Peking University in China, and Associate Professor of Asia Pacific Studies at Ritsumeikan Asia Pacific University in Japan. He was also a Visiting Research Fellow at the Japan Institute of International Affairs, an International Fellow at the Charles F. Kettering Foundation in the U.S., and a Postdoctoral Fellow on national security in the John M. Olin Institute for Strategic Studies at Harvard University. His current areas of interest include the Taiwan issue, East Asian security politics, Asian regionalism and multilateralism, and China’s foreign policy.

Click on the play button above to see Xu Xin’s presentation.

“Harmony Without Uniformity”
China’s century-old Olympic dream was embedded in the modern Chinese history of national survival and renewal in the ever-challenging world dominated by the West and shaped by modern capitalism and technology. To the extent that Olympic Idealism appeals many Chinese as a preferred alternative to the political reality of Western hegemony, China hosted the 2008 Beijing Olympic Games with a strong sense of “history making,” as manifested in the theme of “One World One Dream.”

Underscoring this vision is the now popular discourse centered on the concept of harmony – building a harmonious society at home, striving for a harmonious world abroad, and striking a harmonious balance between man and nature ecologically.

The nuances of the Beijing Olympics lie in the historical confluence of Olympic Idealism and Chinese Renaissance as well as its potential impact on China’s relations with the world at the critical juncture of deepening globalization in the 21st century. China’s successful hosting of the 2008 Olympic Games supports its push for “harmony without uniformity” both domestically and internationally. Internally, China’s government insists on unity and externally, it rejects Western standards as being the ones all should be measured by.