How the Coronavirus Is Exposing Failed Leadership

A pandemic emergency exposes the vulnerability of a country’s governance system. Originally published by The National Interest on July 7, 2020. Written by USC professor Shui-Yan Tang and Brian An. 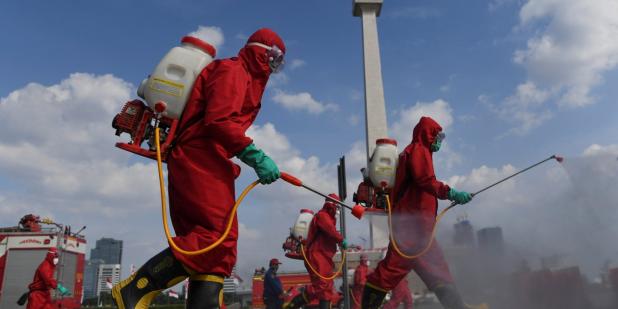 Emergency management in any sizable country necessarily requires collaboration across multiple layers and units of government. This applies to efforts to contain the spread of the coronavirus in 2020. Commentators have attributed some countries’ prompt and effective actions to a set of robust indicators such as prior experience, leadership, and emergency management institutions. What has rarely been discussed in the news media, however, is how fundamental features of a country’s governance and intergovernmental relations affect its approaches and effectiveness in addressing the crisis.

Some scholars describe China’s governing system as a form of “administrative contracting.” The system is highly centralized in the sense that government leaders at each level are selected by those at a higher administrative level. The central government usually delegates considerable authority to the middle layers—provincial and city governments—which act like administrative contractors to oversee policy implementation and manage the incentives for motivating their subordinate governments.

Centrally-directed campaigns can yield immediate results quickly and be highly effective for confronting sudden and large-scale crises. Campaigns could be quite effective for confronting crises if they last only a short time, and the central government sets realistic goals. It is, however, difficult to sustain a campaign for a long time as it requires focused attention and intense resource mobilization. Since centrally directed campaigns are unsustainable in the long-term, they are less effective in solving long-term problems, such as rebuilding after a major earthquake and public health emergency. When the attention of the central government inevitably wanes, local officials may no longer be committed to solving the underlying problems.

Responses to the Coronavirus in China

The weaknesses and strengths of the Chinese system of governance have played out during the coronavirus crisis. When the first cases of coronavirus emerged in Wuhan in December 2019, the city leadership’s initial response was to downplay its significance. By mid-January, Wuhan authorities continued to maintain that the city saw only a few dozen cases, in an apparent attempt to avoid disrupting the local people’s congress and political consultative committee meetings being held at the time.

In early January 2020, the central government sent a team of medical experts to Wuhan to investigate. Outside medical experts who visited the city at that time recalled that city officials failed to disclose to them that the disease had been transmitted among medical professionals. All evidence points to the usual logic of the Chinese governing system—local government leaders, when facing uncertainty about the nature of a problem, tend to understate its seriousness to avoid being blamed by their administrative superiors. The situation was worsened by information censorship, which made it even harder for those outside the government to fully understand the on-going situation. The party-secretaries of both Wuhan City and Hubei Province were subsequently fired in mid-February for mishandling the crisis. Later, the Wuhan Mayor reportedly claimed that his government reported to the relevant central agencies about the virus early on, but central directives did not come promptly.

China missed several weeks of critical time that might have enabled them to contain the spread of the coronavirus better early on. Still, once the central government recognized the seriousness of the problem, it was able to act quickly and on a large scale. By early April, China was able to control the spread of the virus and started to reopen the economy gradually. There have been many criticisms on how China handled the crisis. The chief among them is the continuing lack of transparency on government operations. Many cases and deaths from the coronavirus may not have been fully reported, and many individual sufferings during the draconian lockdown may not have been fully considered.

The United States has a polycentric governance system with over ninety thousand governments of varying forms and at different levels. Each of them is selected by and held accountable directly or indirectly to the people within its jurisdiction. Each level or unit of government possesses a relatively stable set of responsibilities, which may overlap across jurisdictions. While being highly fragmented in terms of service functions, each government unit maintains its autonomy in deciding what services to provide, how to administer them, and when to implement their short- and long-range plans. Compared to those in China, local government officials in the United States are more concerned about horizontal than vertical accountability as they are elected, appointed, or hired locally.

With some exceptions, coordination across multiple government units in the U.S. is not organized or mandated by higher-level governments. Higher-level governments may sometimes investigate possible illegal activities and sanction local governments for failure to uphold federal and state laws. But unlike that of the province in China, the primary responsibility of the state in the United States is not to oversee lower-level governments but to implement their policies and programs with their own personnel. In most cases, cooperation occurs voluntarily among local governments themselves to tackle significant problems that each cannot address alone.

A significant drawback of the U.S. governance system is that when a nationwide emergency arises as in COVID-19, it is challenging to coordinate promptly across levels and units of government. Further, state and local governments may choose their own ways, thus rendering the efforts in the aggregate inconsistent or duplicative. Therefore, any effective coordination that needs joint inputs from all levels of governments is inherently difficult to attain in a short timeframe. In the long run, however, the system itself allows considerable state and local initiative for crafting intergovernmental arrangements that can provide enduring solutions for recurring problems.

Responses to the Coronavirus in the United States

Up to later days in March and April, what had been mostly missing was interstate coordination moderated by the federal administration, as well as collaboration among local governments under state leadership. The federal government made no attempt to build any intergovernmental cooperative framework with the states despite the regular conference calls between the White House Task Force and the governors.

Some states managed to assist each other through Emergency Management Assistance, an interstate compact that allows states to share resources under emergency. The mutual aid agreements helped coordinate emergency response resources for the hardest-hit areas during the disasters created by Hurricane Katrina and Hurricane Rita. But in the case of the coronavirus, which has hit every state, these agreements played a somewhat limited role.

Further, states often had to compete against one another to secure protective devices and medical equipment from private vendors. Incoordination was more severe within some states that initially adopted a county-by-county approach but received substantial pushback from local officials. These local actions included city- or county-level stay-at-home orders, the closing of non-essential businesses, suspension of alcohol licenses in restaurants, temporary shutdown of local public parks and open spaces, school breaks, and even curfew in some places. Orders issued by local authorities often also conflicted with those from the state.

As the crisis continued, state and local officials began to see the problem with inter-jurisdictional inconsistencies and patchwork approaches in crafting effective large-scale measures. Governors in contiguous borders began working together and local government leaders have also been taking similar collaborative actions even in the absence of state direction. The U.S. polycentric system makes it challenging to develop rapid and concerted efforts toward managing large-scale emergencies. The system, however, allows for the formation of collaborative and enduring solutions to long-term and recurrent problems.

The ongoing coronavirus crisis provides a valuable window on how each country must incrementally overcome the fundamental weaknesses of its governance system and avoid making the same mistakes in emergency management repeatedly. Without such efforts, China may succumb to similar delays in uncovering another epidemic in the future. Without strengthening its capacity for intergovernmental collaboration, the United States may face similar confusion in responding to other large-scale crises.

Shui-Yan Tang is Frances R. and John J. Duggan Professor of Public Administration in the Sol Price School of Public Policy at the University of Southern California