It's been 10 years since Hong Kong was returned to China. Through a photo exhibition sponsored by China's Ministry of Culture and a scholarly panel discussion, we examine Hong Kong today.
June 14, 2007
Print 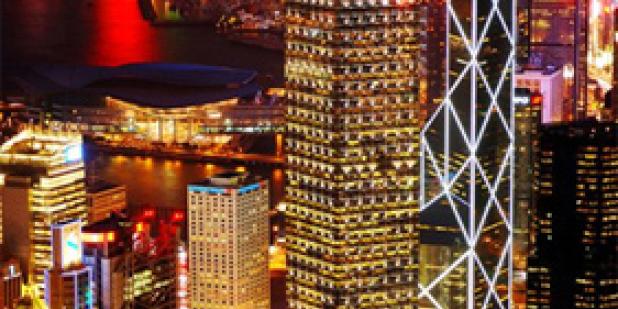 The Hong Kong Special Administrative Region marks its 10th anniversary on July 1. Hong Kong’s economy remains one of the most dynamic in the world (GDP per capita was US$27,467 in 2006, real GDP gained 6.8% last year). The SAR is home to almost 7 million people and one of the liveliest cultural milieus anywhere. USC is marking the anniversary with a photographic exhibition in the East Asian Library (now located at Doheny Memorial Library). The exhibition is sponsored by the U.S. - China Institute and the Consulate General of the People's Republic of China.

To mark the 10th anniversary of the establishment of the Hong Kong Special Administrative Region (香 港特别行政区政府), China's Ministry of Culture commissioned a photographic examination of this diverse and exciting city. The exhibition consists of 66 large images covering everyday life, architecture, trade, cultural activities, and more. These images will be displayed from June 27 through July 1. Visitors to the exhibition may also tour the East Asian reference collection, reading room, and meeting spaces.

Zhang Yun (张云) became Consul General of the Los Angeles Consulate in April 2007. Previously, Zhang served as ambassador to Singapore, Sri Lanka, and the Maldives. He has held a wide variety of posts, including service as Director General of the Ministry of Foreign Affairs Department of Protocol, and posts in the General Office and the Department of Asian Affairs. Zhang has also been posted to India. For more information, please visit the website of the Consulate General of the People's Republic of China in Los Angeles.

On Thursday, June 28, the USC U.S. - China Institute and the Center on Public Diplomacy will host a panel discussion on "Hong Kong Today -- the Special Administrative Region at 10." The discussion is 3 – 5 pm at the USC University Club Pub Room. Refreshments will be served.

A distinguished panel will examine what’s happened in Hong Kong since 1997 and assess its current political, economic, social, and cultural climate.

Stanley Rosen teaches political science and is director of the USC East Asian Studies Center. Rosen is the author and editor of many books and articles including State and Society in 21st century China (2004). He is the editor of the journal Chinese Education and Society. He lived in Hong Kong for many years and regularly returns there to carry out research and to teach in Hong Kong universities.

James Tong teaches political science and is the former director of the UCLA Center for East Asian Studies. His publications include works on pre-modern peasant revolts, popular protests in modern China, and intergovernmental fiscal relations. He is the editor of the journal Chinese Law and Government. He is a native of Hong Kong and often visits to carry out research and to work with colleagues there.

Tom Plate teaches communication and policy studies at UCLA and directs the UCLA Media Center. A former editor at Time, New York, and the Los Angeles Times, Plate has written his syndicated Pacific Perspectives column for more than a decade. The twice-weekly column is published in Hong Kong’s South China Morning Post and other leading papers. His latest book is Confessions of an American Media Man.

Frankie Fook-lun Leung is an attorney who has practiced in Britain, Hong Kong, and the United States for two decades. He has also taught at USC and Stanford along with a number of other universities in Hong Kong and China. He is the author of six books and has written extensively for the business press including Hong Kong Economic Journal, Hong Kong Economic Times, Asian Wall Street Journal, and the Far Eastern Economic Review.