Determinants of Healthy Aging for Older Adults in China

Ling Xu's project examines the differences and similarities of aging in China and the U.S. 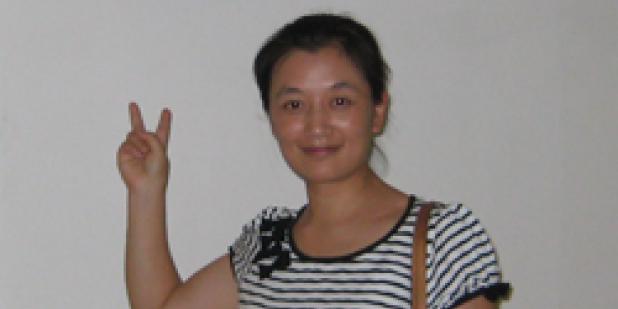 Time flies. I have been back from my fieldwork to Beijing, China this summer, which was sponsored and supported by the US-China Institute of USC. During this two- month summer fieldwork, as planned, I collaborated with researchers in the Gerontology Institute of Renmin University to collect national representative data on healthy aging, which will be used for cross-national comparison with the U.S. I also visited the China Research Center on Aging (CRCA) to collect policy relevant documents and articles which are not easily found in the U.S. In addition to these activities as planned, this summer fieldwork also allowed me to have opportunity to attend one very important conference--Productive Aging in China. This summer fieldwork also provided an excellent opportunity for me to network with Chinese scholars in my field by visiting professors, meeting with scholars, and exchanging research ideas with doctoral or post doctoral fellows in my field.

Conducted 2011 CGSS Survey
On July 1, I, together two other staff visited Renmin University and met with professors and scholars in the Gerontology Institute of Renmin University. Three of us from USC and four researchers from Renmin University sat down and have a two-hour meeting. The purpose of this meeting was to update the current progress of 2011 Chinese General Social Survey (CGSS), especially longitudinal healthy aging part for older adults, and to discuss how to revise the daft of the questionnaire and what to do next for the pilot data collection in the summer. It was quite clear that my responsibilities during this summer was to finalize the questionnaire based on similar ones used in the U.S. so as to make comparative study in the future, and to help conducting pilot studies in 32 provinces across China by the end of August 2011.

The following two weeks after the meeting, I worked on the final questionnaire based on the comments and suggestions proposed by the researchers from the U.S. and China. By several personal meetings and email exchanges with two other researchers in Renmin University, the final draft of the questionnaire on study of longitudinal healthy aging for older adults (part of CGSS) was completed.

At the end of July and early August, I went to Jilin province to help conduct and supervise the pilot study in Har Erbin city and Xinyang City. The pilot study of 2011 CGSS longitudinal part in Jilin province was also mainly conducted by university students that had already been professionally trained by researchers of Renmin University. The pilot study in Jilin province was conducted very smoothly and successfully with anticipated response rate and high quality.
Since the pilot study was conducted in 32 provinces across China at the same time, it takes time for us to check and clean the date. I am sure the final clean data will be ready soon and then be used for analysis and cross-national comparison with the U.S. A more detailed evaluation on the pilot study will also come out soon which will serve as a solid basis for the formal baselie survey next year.

Collected Chinese Document and Articles
In early August, during my stay in Beijing for the pilot study of CGSS, I scheduled a time to visit CRCA. The purposes of this visit were two: to do some statistical analysis using the data in this center; to collect relevant policy documents and articles which are not easily found in the U.S.

This CRCA research centre has accomplished several ground-breaking longitudinal national surveys on older adults in China. By getting access to related archives and data in this centre provided me a valuable generic picture on aging issue in China. Due to data use regulations in China, complete dataset could only be accessed at the centre. That is the reason why I was doing some analysis in the center. In addition, this centre could also serve as a platform and provide opportunities to gain access to all kinds of documents relevant to Chinese older adults. During this visit, I reviewed social welfare policies and health policies implemented since 1980s, statistical yearbooks, and journal papers and books published in Chinese on healthy aging topic. It supplemented and enriched my knowledge of Chinese older adults and their health related issues. In addition, I also interviewed two senior researchers in this center (Director Kaiti Zhang and vice director Ping Guo). The communicating with these two leading experts on aging issues in china, reviewing unique literatures and dataset provided me valuable experience, which benefits my current research and future career development.

Attended Productive Aging In China Conference
During my stay in Beijing China for this summer fieldwork, I learned from researchers of Peking University that there was a conference held in Peking University from August 9-11. This conference was jointly sponsored and hosted by Renmin University, Columbia University, Washington University at San Louis, and other famous institutions. I then attended this two-day conference focused on productive aging in China. This conference gave me a good channel to dialogue with researchers and policy makers from the U.S., HongKong, Singapore and mainland China on healthy aging issues, thus deepening my understanding of healthy aging of Chinese older adults, and inspired my new research thoughts and questions on this topic.

Conclusion
All in all, this summer fieldwork project is very fruitful for me. It gave me an excellent platform to keep an ongoing dialogue with researchers and policy makers on healthy aging issues, thus forging closer ties with the research communities in China through contacts at Renmin University, Peking University and the CRCA. The experiences gained from this fieldwork project and data collected in this summer have lay out solid groundwork for conducting future research on healthy aging among older adults not only in China, but also in a cross-cultural comparison between the U.S. and China.