David Lampton spoke at the Through Tinted Lenses? How Chinese and Americans See Each Other conference, hosted by the USC U.S.-China Institute, on the topic of security and regional disputes. 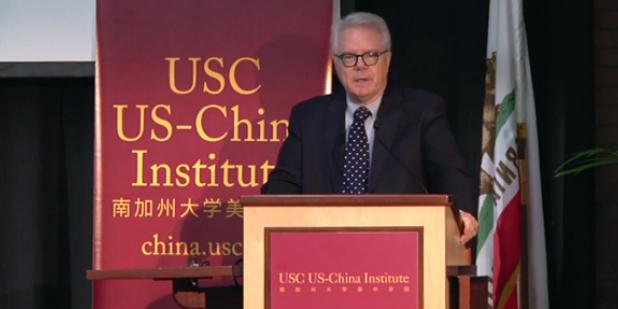 David Lampton is Hyman Professor and Director of China Studies at the Johns Hopkins School of Advanced International Studies. Former president of the National Committee on United States-China Relations and Dean of Faculty at SAIS, he is the author of The Three Faces of Chinese Power: Might, Money, and Minds. A Stanford University graduate, Lampton has also received an honorary doctorate from the Russian Academy of Sciences' Institute of Far Eastern Studies. He is an Honorary Senior Fellow of the American Studies Institute of the Chinese Academy of Social Sciences. He won the Robert Scalapino Prize in 2010 and is a Gilman Scholar at Johns Hopkins. His newest book, Following the Leader: Ruling China, from Deng Xiaoping to Xi Jinping, will be published by UC Press in January 2014.