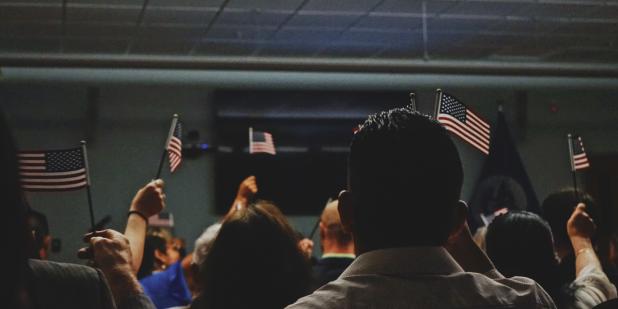 The description above is accurate but obscures considerable pain and hardship. Most Chinese migrants were concentrated on the West Coast of the U.S. In 1880, perhaps 10% of California’s population was Chinese. They had mined, farmed, started businesses and built the transcontinental railroad through the most challenging terrain. They endured discrimination and violence. Some Chinese returned to China and some perished in the effort. Nineteen Chinese were murdered in a 1871 riot in Los Angeles. In 1882, Congress formally excluded Chinese, alone among the world’s peoples, from migrating to the U.S. In subsequent decades, there were acts of violence and more anti-Asian policies. It’s worth noting, however, that Asians and others pushed back against these racist measures.

China was an ally in World War II. Congress repealed the Chinese exclusion acts. Japan was an enemy. President Franklin D. Roosevelt ordered that people of Japanese descent, including American citizens, be interned without charge or due process.

Of course, other immigrants suffered discrimination as well, but the children of white immigrants who spoke unaccented English rarely endured the “where are you from” questions familiar to Asian immigrants. Seeing Asian Americans as perpetual foreigners is part of what has led to a spike in anti-Asian hate speech and abuse in recent years, but especially with the onset of the pandemic. Rhetoric blaming China for covid-19 also led to the targeting of Chinese and others. The CSU San Bernardino Center for the Study of Hate and Extremism reports that anti-Asian hate crimes were up 164% in the first three months of 2021 compared to 2020. Some Asians contemplating visiting the U.S. for recreation or study no longer feel it is a safe choice.

For months there have been anti-hate demonstrations across the U.S. The U.S. government has started to act (executive order, congressional bill). Visas for study are again available and the new administration has allowed the Trump-era ban on H1B visas to expire (these are often used by technology companies to hire talent from Asia and elsewhere). Still, grassroots action is much needed. On Saturday, May 15 a nationwide demonstration is planned. A wide array of organizations are supporting this rally against hate. Along with others at USC and other schools, we support this mobilization to push for change. It is long overdue.