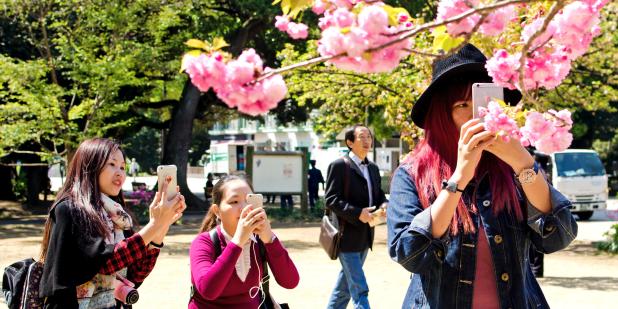 Because vaccines won't have sufficiently reduced covid-19's threat, Japan won't permit spectators from abroad to attend the Tokyo Olympics and Paralympics in July and August. The International Olympic Committee has pledged to vaccinate all of the competing athletes. Ticket sales help offset the cost of hosting the games and athletes will miss the fans. Beyond ticket sales (US$527 million in 2013-2016), international visitors give many businesses a boost. Apart from the USC athletes who compete (44 in Brazil in 2016, the most of any university), most of us will have to just watch on television, something the pandemic has made quite familiar.

Among the visitors not able to join the Olympics in Tokyo are many Chinese. In recent years, visitors from China to Japan made up 30% of total international arrivals. Almost 10 million Chinese visited in 2019, five times the number of Americans who went to Japan. Because of their numbers, they contributed the most to the Japanese economy, though visitors from Australia and some other countries spent more per visitor. According to Ctrip, the Chinese online travel giant, the top activities for Chinese visitors (apart from shopping) are enjoying cherry blossoms in spring and maples in fall as well as visiting hot springs, trying out kimonos, and culinary tours. 54% of visitors are in their 20s or 30s. Osaka and Tokyo are the top destinations, but Okinawa, Sapporo and Nagoya are also popular. Starting in 2019, Japan made getting visas easier for younger people.

Relations between China and Japan are far from warm, but Chinese clearly love to visit and to shop in Japan. Such visitors and exports to China (China is Japan's largest export market) have greatly boosted Japan's economy. The place of visiting Chinese in the Japanese tourism sector is illustrated in the charts below.