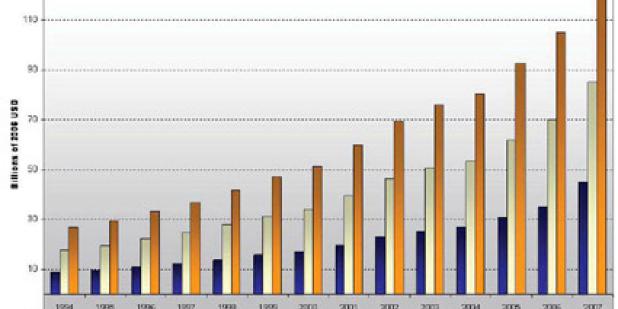 If Pentagon estimates are correct, China has the world’s second largest defense budget. Still its spending is dwarfed by that of the U.S. U.S. spending in 2007 will amount to $606 billion (including $170 billion in war spending). This averages $1,660,273,973 a day or more than four times the DIA's "high" estimate of Chinese expenditure.