Fifteen students from the USC School of Social Work traveled to China over the summer to learn how a nation that reveres its elders is taking care of its graying population.
November 6, 2009
Print 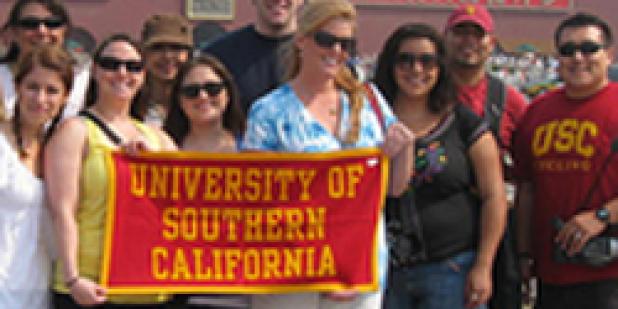 By Cadonna Dory
This article originally appeared in USC News on November 2, 2009.

Fifteen students from the USC School of Social Work traveled to China over the summer to learn how a nation that reveres its elders is taking care of its graying population.

The group learned it’s no small feat for a country that claims about 20 percent of the world's population aged 60 or older. The cultural contrasts, however, provided inspiration on how the United States could refine its own programs that serve older adults.

The visibility, treatment and attitudes regarding the elderly in China are distinctly different than they are in the United States, said Iris Chi, the school’s Chinese American Golden Age Association/Frances Wu Chair for the Chinese Elderly. Chi said she hoped to expose students to this different mentality and how it contributes to a healthy lifestyle for older people.

“The purpose of the course was to provide students with a broad understanding of successful aging from an eastern perspective,” Chi said.

Participants began the program with a weeklong seminar in Los Angeles, where they learned about China’s customs, policies and history, and how communities treat their older residents. The students then left for Beijing for a two-week excursion, which almost didn’t happen, instructors said.

Chi and clinical associate professor Deborah Winters, who also accompanied the group, said although excursions and site visits had to be modified because of the swine flu scare, students were able to observe the concept of successful aging in different settings.

The seminar utilized a variety of class lectures, guest speakers and community participation to help students understand the historical context and present situation of elders in China and how this shapes the delivery of human services and the creation of social policy.

Students visited the Temple of Heaven, a complex of historic buildings constructed in the early 1400s, and witnessed how elders gather in the park to dance, sing and perform Tai chi. Students were impressed with how active and social the elders were and how the country supported them.

MSW student Meiling Campillo felt a great appreciation for China’s “vast, informal support system” for the elderly. She thought the human interaction and healthy living she watched at the Temple of Heaven was wonderful.

“I observed that quality of life takes priority in China, and it is attainable in the most simplest of forms,” she said. “I am saddened that the United States does not have something similar.”

Students also observed some of the differences between eastern and western medical practices. Some watched a doctor demonstrate acupuncture and reflexology. Others received diagnoses by nontraditional methods.

The doctor who looked at Molly Nickerson took her pulse, looked into her eyes, smelled her breath and looked at her tongue and hair before telling her she had a problem on the right side of her body.

Nickerson, who will graduate next year, was shocked because upon returning to Los Angeles, she would be undergoing reconstructive surgery on her right foot - the result of injuries from a car accident more than two decades ago.

“I was truly amazed,” she said. “It was impressive to me that he was able to detect that there was a problem on the right side of my body. I am convinced that if he had more time, he would have figured out the problem was in my foot.”

The Great Wall of China, Tiananmen Square and the Summer Palace also were visited.

For many students, the trip was inspiring. Several left the country wanting to create similar settings and environments for the elderly in the United States.

Julia Winters, a second-year MSW student, said she wants to create a senior park to promote healthy aging. Such places that encourage socialization and activity “are missing from so many adult lives in the U.S.,” she added.

“I would like to adopt Chinese ideology, which focuses on living a long and healthy life,” said MSW student Jeanette Sanchez. “I am truly motivated and will stop making excuses, take better care of myself and make quality time for family.”