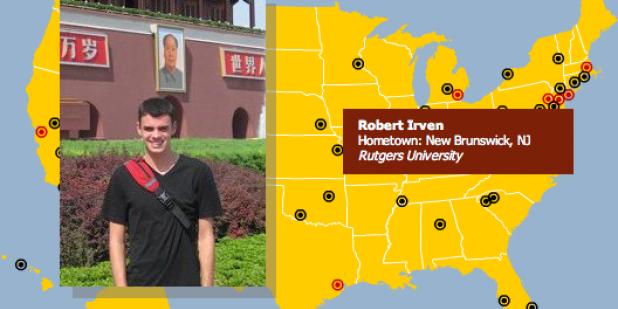 So I have been lucky enough to have the past week off to explore the city but more importantly, I finally had the chance to go around the Expo and actually explore the other pavilions which has been something I have been looking forward to! After all, this is the World’s Fair! I did not obviously get to all of them because that would of taken about 5 whole days, but I got to see a fair number. Luckily because I work at a pavilion, all the other countries allow me to skip the line and go right in, so that cut about 2-4 hours off of each pa

vilion. For this blog’s sake, I will simply talk about every pavilion I visited, so I can bring the World’s Fair (which is 8000+ miles from most of you) into your own homes! As I mentioned in one of my first blogs, China and most other countries have spent massive amounts on their buildings, and it truly shows. The outside architecture of many of them alone is impressive, let alone the wonders they hold inside. Here we go….

Vietnam: Build with wood and bamboo, this building mainly serves as a giant performance center. When I arrived, a great traditional band was playing using traditional Vietnamese instruments made out of bamboo but they were playing a mix of traditional and rock music. Very cool!

India: Shaped like a traditional Indian temple, with a dome covered in solar panels and real flower and grass, one truly got the feeling of the real India. With a traditional Indian dancer on a stage to a few areas serving Indian food, really felt authentic. Inside they had artifacts and facts about their country, and a really cool “performance” that used the coolest hologram I have ever seen!

Taiwan: This was one of my favorites. The Taiwanese had a small pavilion but it was jammed packed. The first part brings you into a gigantic globe, and the entire inside is a movie screen (360 degree view). It takes you through space and ev

entually you hit Taiwan and they show you real wild life, scenery from this country. Also included in this show was a 4D show with wind, rain and even the smells of the flowers! The next section takes you to a platform below the globe where you send a electronic lantern for good luck. Lastly you go underground into a tree like cave thing where you are served tea (get to keep the cup) and listen to a traditional song played in some instrument that I couldn’t identify.

Theme Pavilions: China has an enormous structure dedicated to Urban Planet and Urban Living (the theme of the Expo) which they put a lot of work on and it really paid off. The Urban Living followed 5 families/people from Arizona, China, Rotterdam, Ghana and Sao Paulo in every section possible (home, fun, work, community, health, education). Everything was very detailed, informative and fun to watch. Comparing this wide variety really gave a good insight on how the rest of the world lives their daily lives. The next part was the Urban Planet, which was scary as hell! It was pretty much about how our world is dying and all the things that we are doing to it and what we need to do to fix it. As scary as it was, it was a great eye opener, as me and my friend were just more and more shocked every step we took through the exhibits. At the end of the exhibit, you get to an enormous half a globe that probably would take up half a football field. It was really really impressive.