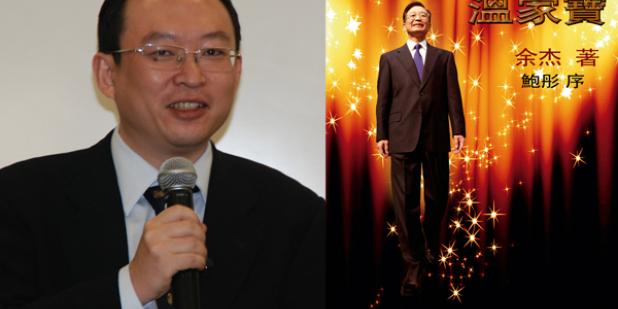 Yu Jie 余杰 is a remarkably prolific writer. Born in 1973, Yu graduated from Peking University in 1997 and took a master’s degree in 2000. Even while still a student, he published a collection of his essays, Fire and Ice. Numerous books have followed, including a novel Fragrant Grass Mountain. He’s not been able to publish his recent work in China, but has found an audience in Hong Kong and Taiwan. His newest book, China’s Greatest Actor: Wen Jiabao, sold out almost immediately. Yu Jie says that press attention following efforts by Beijing police during the summer to discourage him from publishing the book did much to drive sales.

Yu Jie spoke at USC on October 7 and returned to China a few days later. Press reports say that he and his wife Liu Min have been under virtual house arrest since October 18. These reports describe Yu’s confinement as part of a larger effort by China’s government to silence critics following the announcement on October 8 that Liu Xiaobo, a writer and democracy activist imprisoned since 2008, would receive the 2010 Nobel Peace Prize.

Yu argues that the notion that Chinese Premier Wen Jiabao is reform-minded, someone who wants to open up China's governing system, is wrong. He suggests that as with previous Chinese Communist Party leaders, Wen plays a carefully defined role and that any perceived "space" between his ideas for China's present and future and those of Communist Party General Secretary Hu Jintao is an illusion.

Yu believes that he has a duty to speak out. He draws inspiration from both Liu Xiaobo and Vaclav Havel. He says that a democratic China must be built by ordinary people and that it's pointless to wait for leaders to initiate democratization. He concludes by saying that he's chosen to live freely -- even if he doesn't live in a free society.

Yu Jie was among the Chinese Christians meeting with US Pres. George W. Bush at the White House in May 2006. Below is a photo of Pres. Bush, Li Baiguang, Wang Yi, and Yu Jie.

Please click on the play button below to watch Yu Jie's presentation. We have edited out the translation in favor of subtitles. A high definition version is available from the USC U.S.-China Institute's YouTube channel. Additional information is available in Talking Points.