The surrender of the Japanese brought about the resumption of the battle between the Chiang Kai-shek-led Nationalists and the Mao Zedong-led Communists. American reporters tell of working to cover the struggle. 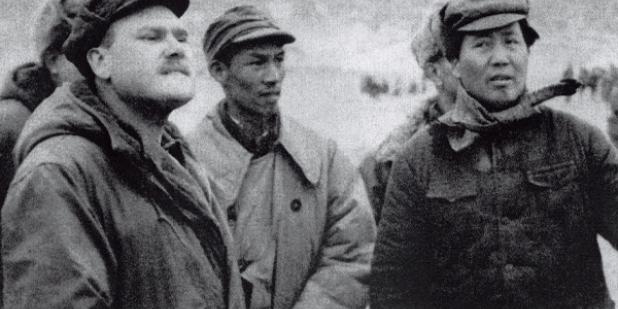 The Chinese Nationalist Party (Kuomintang or KMT) and the Chinese Communist Party (CCP) had originally cooperated in seeking to wrest control of China from landlords and foreign forces. In April 1927, they split and began a decades-long civil war, interrupted only in part by Japan’s invasion. With Japan’s surrender and the failure of the American mediation effort, the two sides resumed their struggle in late 1945. This segment of Assignment: China examines efforts by journalists to report on this final four years of the war and its impact on Chinese society. It features archival photos and interviews as well as interviews with some of those who brought news of this battle for the world’s largest country to Americans via newspapers and magazines, news reels, and radio.

This segment of Assignment: China benefited from the generosity of many. They are listed in the credits, but here we want to highlight financial support from the Public Affairs section of the U.S. Embassy in Beijing and Stephen Lesser. Historian Stephen McKinnon provided many insights as well as essential video from a conference he organized in 1982 at Arizona State University.

Others who reported are the civil war participated in the 1982 Arizona State University “China Reporting” conference. They include: