This segment of the USC U.S.-China Institute series on the work of reporters for American news organizations looks at the period 1949-1971, when most Americans could not visit the People's Republic. Though some non-U.S. citizens reporting for American organizations did manage to get into China, most reporters had to watch what was happening in China from Hong Kong. 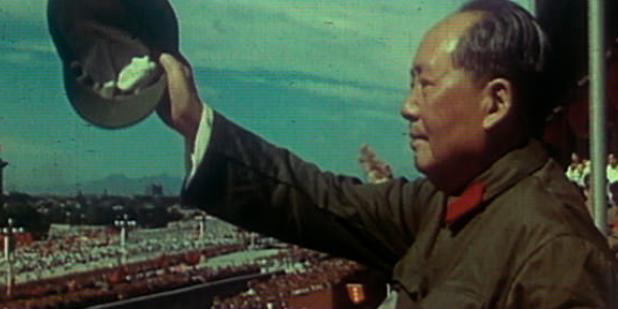 China Watching is the term practitioners and outsiders used to describe the effort that reporters, diplomats, and others excluded from China engaged in in order to understand what was happening in China and what it meant for the U.S. and the world. After Mao Zedong and the Chinese Communist came to power on October 1, 1949 most American journalists and others working for U.S. news organizations left China. The U.S. did not recognize the new government and U.S. diplomatic posts were closed. By fall 1950, soldiers from the two countries were facing each other on Korean battlefields. China generally did not welcome journalists from countries with which it did not have diplomatic relations and the U.S. State Department ordered that U.S. passports were not valid for travel to China. These restrictions eased a bit by 1960s, but over the next two decades few journalists were able to report from China for U.S. news organizations. Those who did get in, by virtue of not being U.S. citizens or through special invitation were closely monitored. Most American reporting on China was done from the “listening post” of Hong Kong.

This segment in our Assignment: China series includes interviews with a number of Hong Kong-based China Watchers, both reporters and diplomats (a list is below). We learn about essential role played by a Hungarian Jesuit priest and his team, by intelligence agencies, and by interviews with businesspeople and migrants. China Watching also features interviews with journalists such as Morley Safer and John Burns, non-citizens whose work was carried by U.S. news organizations and with Robert Cohen, who visited in 1957 as a member of a youth delegation and whose reports were carried by NBC. During this period, the best known U.S. journalist to have access in China was Edgar Snow, who made three trips. Snow’s access, of course, stemmed from his key role in reporting on Mao and the Chinese Communist Party’s Yan’an base in the 1930s. Snow’s biographer, John Maxwell Hamilton is among those interviewed and the segment features part of an interview Snow conducted with Premier Zhou Enlai during his 1960 visit. In 1970, of course, Mao used Snow to signal his willingness to welcome U.S. President Richard Nixon to China. In his notes, Snow wrote, “He can just get on a plane and come.”

For the most part, though, reporters had to follow developments in China during the 1950s and 1960s from a distance. They sought to tell of the Communist government’s efforts to consolidate power in the vast country, mobilize for war, and to engineer sweeping economic and social changes. Land reform, the effort to “oppose America and support Korea,” to identify and root out rightists, to collectivize economic production, and to control population movement were just some of the campaigns of the 1950s. The Great Leap Forward closed the decade and received immense attention. The famine which followed, however, was not fully grasped at the time. And before long, China was swept up into the Four Cleans Campaign and then the Great Proletarian Cultural Revolution. On the foreign policy front, Beijing split with Moscow, fought a brief war with India, and then extended a hand to the United States. As documented in our The Week that Changed the World segment of Assignment:China, though, the army of reporters coming with Nixon in 1972 were still limited in their access to what was going on in China. Only in 1979, with the establishment of formal diplomatic relations were reporters from U.S. organizations able to be based in China. That story is told in our Opening Up segment.

Even today, when there are tens of thousands of Americans living and working in China, when there are countless news and other organizations reporting on events and trends in China, the analytical skills of China Watchers, old and new, are still in demand. Getting a handle on decision-making and on political maneuvering still requires knowledge of interests and alliances, norms, rituals, and nuances of language.

We are grateful to many for making work on this project possible. Many folks helped in many ways, from consenting to interviews, finding and sharing materials, and in clearing away logistical or bureaucratic obstacles. Many donated family photos and movies and we’re grateful to the Snow Estate for access to the materials included here. Generous financial support came from a number of people and organizations, all listed in the credits, but especially from Ming Hsu and Nate Rich whose gift honors a pioneering journalist, John Rich. Rich worked in Asia for more than three decades, covering the Pacific war, the Communist triumph in Shanghai, the war in Korea, and the American ping pong’s team journey to China in 1971, to highlight just a few of the stories he brought to American viewers. Rich is one of the China watchers interviewed for this segment. He turns 97 this year.

China Watching is reported and directed by USCI senior fellow Mike Chinoy. Craig Stubing is the editor and principal videographer. Clayton Dube oversees the project and we’re all aided by a great team of transcribers, research assistants, translators, and business managers. Please watch the credits for the full list of the folks producing this segment.

This and other USC U.S.-China Institute projects require resources. If you’d like to contribute, please click on the support the institute button to the upper right. We need and appreciate donations of any size. Thank you.
-- Clayton Dube