Chinese alumni procured and donated thousands of surgical masks to USC health workers on the frontlines of the coronavirus pandemic. Originally published by USC Dornsife. Written by Margaret Crable. 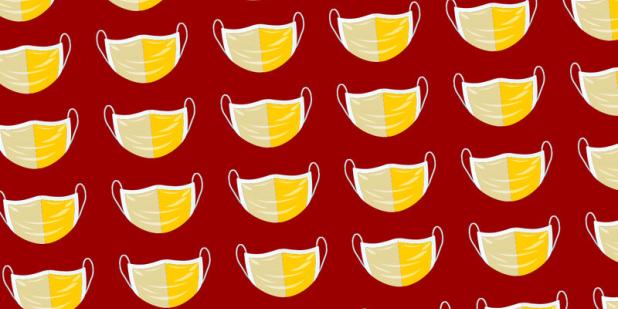 As hospitals in Los Angeles County began preparing for the first wave of COVID-19 patients earlier this year, they grappled with an extreme shortage in personal protective equipment, or PPE.

Skyrocketing demand, dwindling overseas suppliers and competition between states, rather than an organized procurement effort led by the federal government, had made PPE exceedingly scarce. The medical grade masks health care workers require were in particularly short supply.

When the university requested donations of PPE for USC clinics, the Trojan Family was ready to help.

Shang Song, who graduated in 1996 from USC Dornsife College of Letters, Arts and Science with a Ph.D. in physics, and Ni Nadine Ding ’90, a chemistry alumna, were already experienced in hunting down the elusive and pricey medical grade masks. Song bought masks for her family to use but soon discovered a larger need in her community of Morristown, New Jersey. Ding, a scientist with Abbott Vascular Device, knew the right channel to purchase authentic medical PPEs.

“I realized that hospitals, nursing homes, firefighters and police were all desperately in need of PPE, as well,” Song said. She, Ding and other USC alumni, who kept in touch through the WeChat social media platform, reached out to their personal connections to import masks from China. Shortly thereafter, she found out about a drive to raise funds to purchase masks for USC health workers, spearheaded by USC’s Jincai Chang.

Chang, who earned his Ph.D. at USC, and his colleagues gathered what they could from their own labs, but much more PPEs were needed for the school. Eager to pitch in more, he asked help from his alumni group on WeChat.

Chang felt inspired by his fellow Trojans’ generosity, though a little shocked at the cost of the precious, high-quality medical grade masks. “This was probably 10 times more expensive than usual,” he said. Still, with the hard work of Song and Ding, the group was lucky to get that price — the state of Kentucky at one point paid $8,600 for just 1,000 masks.

Song, Ding and 24 other alumni friends were key to the acquisition of PPE. Native to mainland China, they had direct connections to suppliers and exporters in the country, where a majority of masks were manufactured.

“When the USC initiative started, I had already gone through a few of these transactions, so I just added onto the order,” Song said.

That didn’t mean the task was simple. “The most difficult part was just getting the right mask. There’s a lot of difference in quality and quantity. You have to find the right channel. You can’t just walk into a store and buy it directly. Ding and Song’s experience and expertise helped greatly,” says Chang. The fight for masks has become so contentious that some buyers in the U.S. have required codewords from manufacturers to ensure masks are legitimate.

Tracking down thousands of masks in the middle of a pandemic wasn’t the simplest feat, but Song is just grateful to have an opportunity to give back to USC.

“We’re all from mainland China. When we came to the United States, USC was our first stop. We’re very thankful for not only the education we received from USC, but also the financial support we received through scholarships and research assistant positions,” said Song. “When, many years later, Dr. Chang suggested we give back, we all said, ‘Let’s do that.’”