Air Quality at the 2008 Beijing Olympics

Comparing this summer's air in Beijing with that in Los Angeles, New York, and London 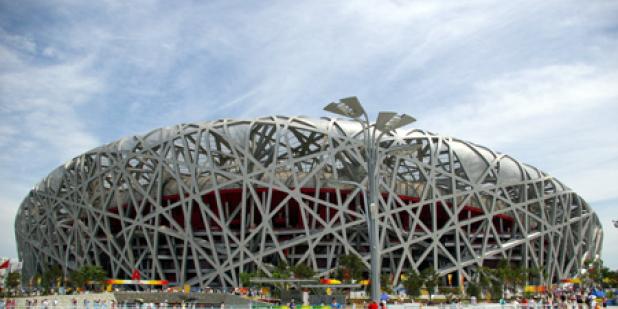 Much of the air in China is badly polluted and this is especially true in Beijing where a rapid increase in auto traffic has produced much photochemical smog. In Beijing and elsewhere in China, poor air quality shortens lives. The World Bank  estimated in 2007 that 350,000 to 400,000 Chinese die prematurely due to air pollution. As a result, great attention has been focused on the potential impact of polluted air on the performance and health of athletes participating in the 2008 Beijing Olympic Games. Some countries made arrangements for their athletes to train in neighboring countries and travel to Beijing just prior to the opening ceremony. Some members of the American cycling squad made headlines when they were photographed arriving at Beijing's airport wearing face masks issued to them by team officials.

Reports on the worries of athletes and those who train them were outnumbered by those on the dramatic measures Beijing officials were taking to minimize air pollution for the duration of the Games. Factories in Beijing and the surrounding region were ordered to shut down weeks ahead of the opening ceremony. Nineteen days before the Games were due to start, officials implemented restrictions on the use of private automobiles in the city. Technicians practiced seeding clouds to bring cleansing rains. Nonetheless, air quality at the start of the Games was poor. After a few days, however, rains helped scrub the skies and air quality has been good for most of the Olympics. On some days Beijing's air has been better than that of Los Angeles.

The chart below uses PM10 readings in Beijing, London (site of the 2012 Games, to be held July 27 through August 12), New York, and Los Angeles. Los Angeles figures are only provided for August 8 thorugh August 20. Two figures are given for Beijing. One is the figure produced by Beijing authorities and the other is produced by the Associated Press in mid-day readings conducted at the Olympic Green. The Associated Press readings are much higher than those reported by the Chinese government. Links to data sources appear below.

PM10 refers to particulate matter 10 micrometers or less in size and the measurement indicates how many such particles are in a cubic meter of air. PM10 particles are generated by vehicle exhaust, coal combustion, industrial production, and dust from mining or agriculture. One's nose and throat filter out most PM10 particles, but a signifcant share can reach the lungs leading to a variety of health problems. The elderly and those suffering from respiratory or heart problems are at greatest risk. The U.S. Environmental Protection Agency describes air with PM10 scores over 150 as unhealthy for the elderly and other sensitive groups. California's Air Resources Board has stricter standards and judges air with PM10 scores over 50 as unhealthy. 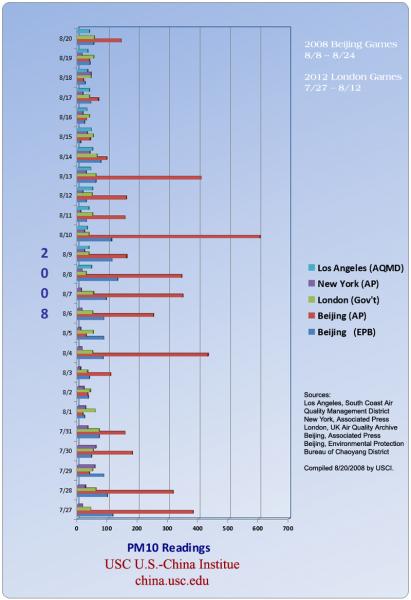 One illustration of how conditions varied from day to day comes from photos taken by Ankur Poseria, a USC international relations student specializing on China who swam for India. This first picture was taken outside the "Water Cube" (as the National Aquatics Center is known) on July 31 when Chinese environmental authorities put the PM10 count at 72 and the second was taken on August 1 when authorities put the PM10 count at 24, a drop of two-thirds. The Associated Press put the count at 157 and 19 for the two days. 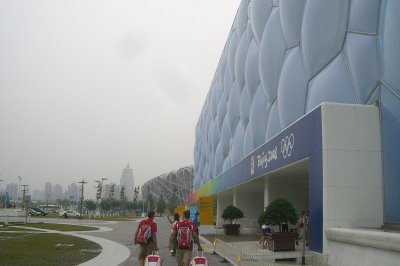 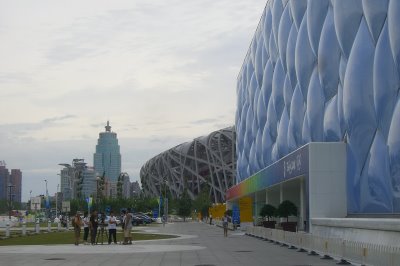 NASA satellite images confirm that conditions over Beijing have improved. Below is an image from August 19, 2008. 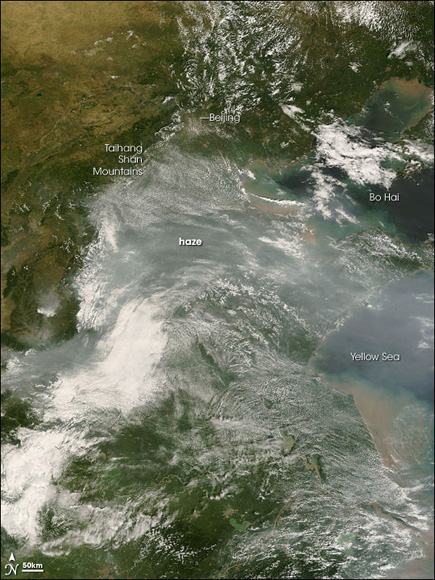