Athletes are already setting records and winning medals at the Tokyo Olympics. We look at where those representing the U.S. and China come from.
July 29, 2021
Print 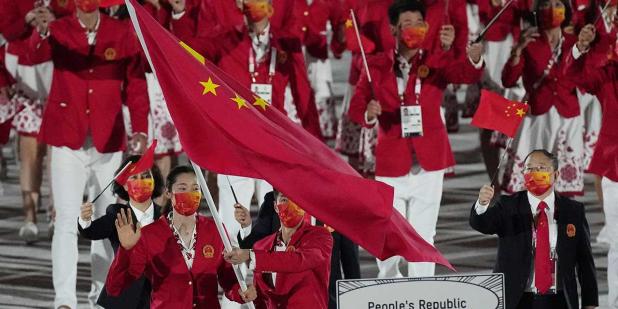 Besides being next door to the Los Angeles Memorial Coliseum, host of the 1932 and 1984 Summer Olympics, USC athletes have long competed and succeeded at the Olympics. More Trojans have gone to the Olympics (472), have won more medals (305) and more gold medals (142) than athletes from any other American school. A Trojan has earned at least one gold medal in every Summer Olympics since 1912. If USC was a country, it would rank 13th in total medals and tie for 11th in gold medals. For the 2020 Summer Olympics in Tokyo, there are 65 past, present, and incoming Trojans competing, representing 33 National Olympic Committees.

Bragging aside, let's look at the composition of this year's teams from the U.S. and China. The American delgation includes 613 athletes, including one fellow from Italy (he has dual citizenship) and another from the U.S. territory of Puerto Rico. The People's Republic of China sent 423 athletes. Hong Kong is represented by 42 athletes sent by Hong Kong, including Trojan Tiffany Chan in golf. Taiwan's delegation (under the designation "Chinese Taipei" has 68 athletes competing.

Below we've mapped out where the athletes from U.S. states and Chinese provinces come from. Unsurprisingly, the regions with the highest population also send the most athletes to the Olympics, though California easily outweighs other jurisdictions in the U.S. and China. A large and diverse population, college sports powerhouses and accommodating weather likely explains this success. 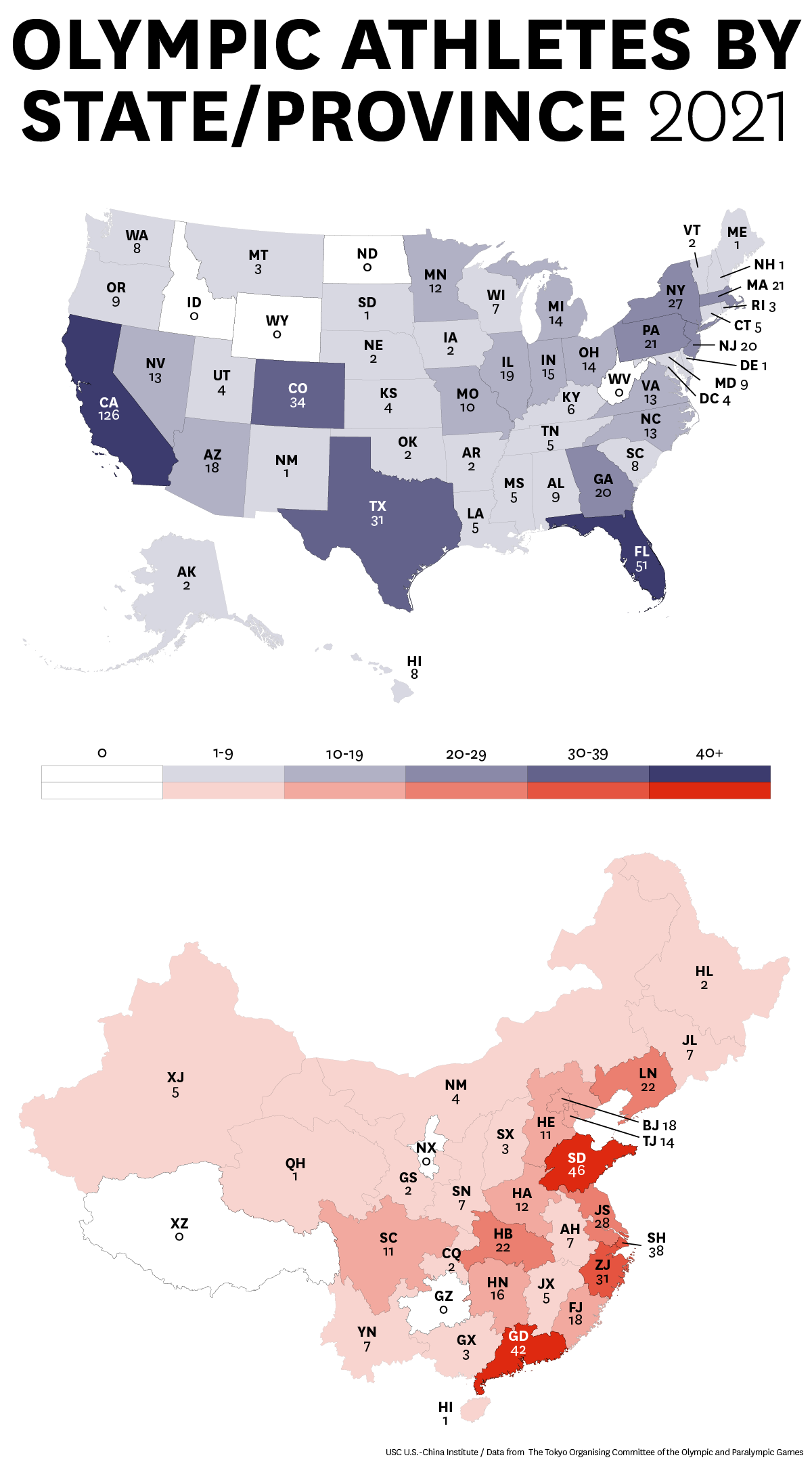