Zheng Wang - Discussant for Panel 3: Politics, Ideology, Assessing the Other

Zheng Wang discussed the third panel of the conference Through Tinted Lenses? How Chinese and Americans See Each Other, hosted by the USC U.S.-China Institute. 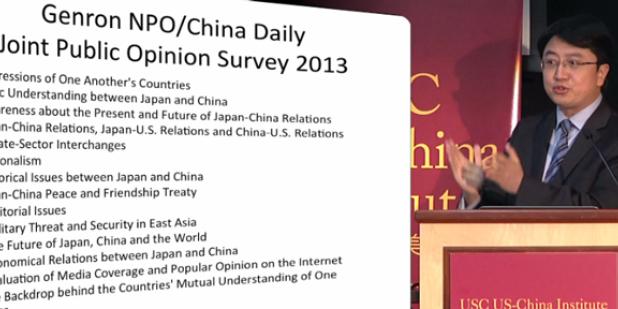 Zheng Wang teaches in the School of Diplomacy and International Relations at Seton Hall University in New Jersey. He is also a Global Fellow at the Woodrow Wilson International Center for Scholars. He is the author of Never Forget National Humiliation: Historical Memory in Chinese Politics and Foreign Relations and he co-editor of Clash of National Identities: China, Japan, and the East China Sea Territorial Dispute.