What are China's largest and richest cities? 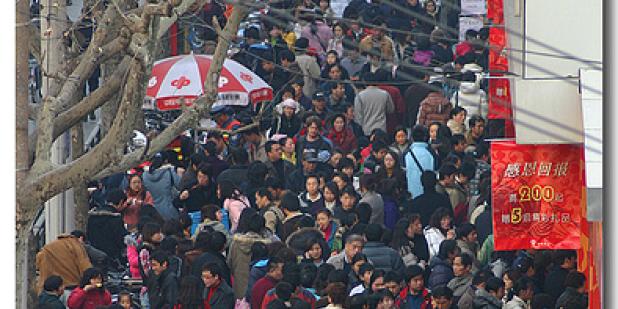 ON AN AVERAGE DAY in China, 13.46 million people live in the urban areas of Shanghai's city districts. China's second and third largest cities, using this framework are Beijing with 9.88 million people and Guangzhou with 7.55 million. These figures are based on 2000 census data. What are we to make of reports that other cities, most prominently Chongqing in southwestern China, have more people? Those claims are based on population figures for all those residing in the areas under those cities administrative jurisdiction. The mostly rural area under Chongqing's administration is huge, about the size of Austria. Its total population is nearly 32 million.

Scholars and journalists writing about China's cities often run into and sometimes perpetuate confusion over how many people live in the cities or in a particular city. This is due to to confusion over who is to be counted. These numbers matter as they are important to discussions of China's internal migration and rural-urban inequality, as well as to theoretical debates regarding urbanization.

University of Washington scholar Kam Wing Chan explored these issues in his article "Misconceptions and Complexities in the Study of China’s Cities: Definitions, Statistics, and Implications" which was published in the July/August 2007 issue of Eurasian Geography and Economics. The problem stems from China's administrative system which puts rural counties under the jurisdiction of cities and the household registration system which classifies individuals as non-agricultural or agricultural residents (especially confusing since hundreds of millions of individuals labelled as agricultural residents work in non-agricultural endeavors). In 2000, China's National Bureau of Statistics sought to develop a better set of measures. The NBS definition uses physical factors (contiguous built-up areas, with resident's committee, and so on) and a de facto population density of 1,500 people per square kilometer.

Chan combines data from the 2000 census to rank China's largest cities on the basis of de facto population in urban areas of city districts.

Combining population and economic data for China's most productive cities shows that the common wisdom about China's coastal cities being much more prosperous than interior ones is largely true. Shanghai, Beijing Guangzhou, Shenzhen, Dalian, Jinan, Qingdao, Nanjing, Hangzhou, Xiamen, Fuzhou, Wuxi, Ningbo, Shijiazhuang, and Suzhou all had per capita GDP figures over 20,000 yuan. Chongqing was above 8,000 and Chengdu and Xi'an had figures in the 13,000-15,000 yuan range. The most productive people in China, as suggested by per capita GDP, are those laboring in Daqing, China's oil capital.