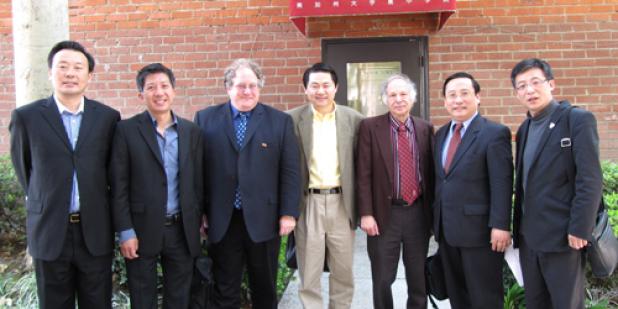 The Western Returned Scholars Association is a Chinese government-affiliated entity consisting of over 40,000 Chinese scholars and researchers who have studied abroad. WRSA’s Policy and Advisory Committee, represented by this delegation, is active in the policy study and research area and has made a number of recommendations to the Chinese government which are under consideration at the highest levels. The organization has created a think tank, the Center for China and Globalization, and the delegation visited the USC U.S.-China Institute to learn about its work and to discuss possible areas of collaboration.