The USC U.S.-China Institute presents a talk with Thomas Bernstein. 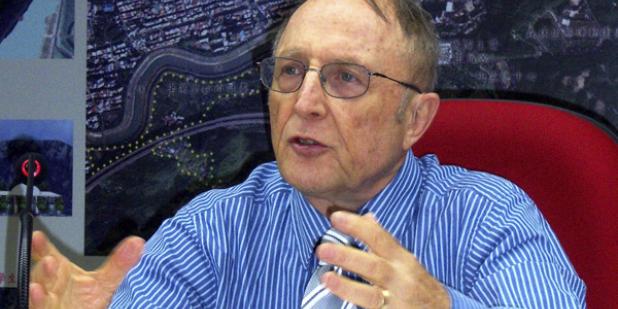 China and Russia share traits common to authoritarian regimes: Both subordinate the rule of law to the interests of the top leaders in staying in power; both violate human rights; both, corruption is ubiquitous; and in both there is a powerful nexus between business and the state.

The two states differ, however, in that Russia under Presidents Putin and Medvedev is a "hybrid" authoritarian regime, because of the presence of democratic institutions, such as competitive parties and multiparty elections. These are, to be sure, greatly restricted, but they are also not a facade. They are important because they suggest that in principle norms of democracy are accepted, meaning that there is a possibility, however remote at this time, of movement towards fuller democracy. In contrast, China's authoritarian rulers disavow any intentions to move towards democracy as understood in the West, in Taiwan, Japan, or India. Their concept of democracy is essentially consultative. At the same time, China's authoritarian rule is "soft" in some ways and in others it is "hard."

Another crucial difference is that, in contrast to Russia, China's rulers derive legitimacy from their highly successful developmental efforts, which, if anything, have strengthened Party rule. In Russia, large parts of the state bureaucracy and of business are oriented towards the extraction of resources rather than towards development.

Thomas Bernstein earned his doctorate at Columbia University. He taught at Yale and Indiana universities before returning to Columbia in 1975. He taught there for the next three decades. He is a specialist on comparative politics, with a focus on China as well as on communist systems generally. Comparative studies include analysis of the collectivization of agriculture in the Soviet Union and China and of the two famines that each country experienced in the l930s and late l950s. Work on China includes Up to the Mountains and Down to the Villages: The Transfer of Youth from Urban to Rural China (1977) as well as book chapters on the Mao era, on growth without liberalization, democratization, and on education. Most of his recent writings have focused on various aspects of state-peasant relations in China's reform period. Together with Professor Xiaobo Lu, he co-authoredTaxation without Representation in Contemporary Rural China (2003). He also wrote a case study for the PEW Intitiative in Diplomatic Training, "The Negotiations to Normalize US-China Relations" (1988). He recently co-edited (with Huayi Li) China Learns from the Soviet Union, 1949-Present. He serves on the editorial boards of Comparative Politics, China Quarterly, and China: An International Journal.