Video: Klaus Mühlhahn on China's Rise in a Historical Perspective

Klaus Mühlhahn examines the lessons from history that provide insight into China's evolving international position and how the United States and others should respond. 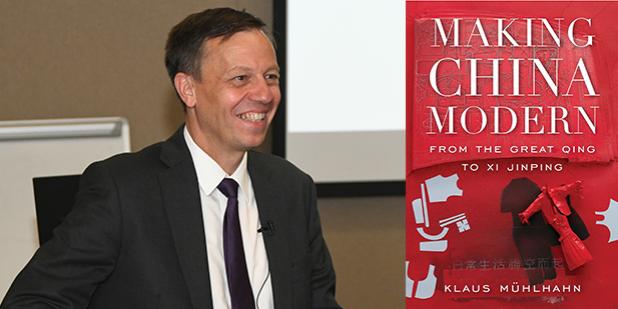 Many commentators claim that China's ongoing global rise reflects a restoration of its earlier international prominence, while others highlight that China's emergence reflects distinctive characteristics of the country's current political leadership. In his new book, Making China Modern, Klaus Mühlhahn of the Free University of Berlin provides a panoramic survey of China's rise and resilience through war and rebellion, disease and famine. At this event Professor Mühlhahn will focus on the lessons from history that provide insight into China's evolving international position and how the United States and others should respond.