Guobin Yang examines the factional violence in the Red Guard movement as well as the de-sacralization of that revolutionary culture throughout the 1970s and the rise of a new wave of protest that inaugurated the democratic movements of the reform era. 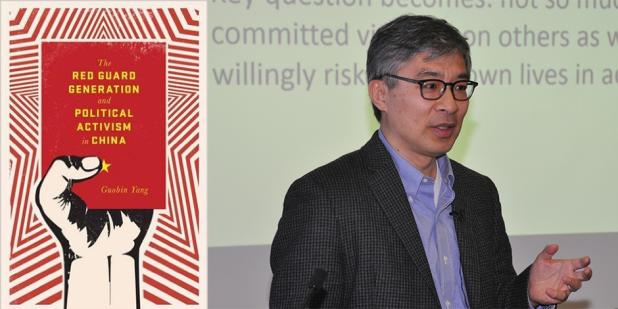 Raised to be "flowers of the nation," the first generation born after the founding of the People's Republic of China was united in its political outlook and at first embraced the Cultural Revolution of 1966, but then split into warring factions. Investigating the causes of this fracture, Guobin Yang argues that Chinese youth engaged in an imaginary revolution from 1966 to 1968, enacting a political mythology that encouraged violence as a way to prove one's revolutionary credentials. This same competitive dynamic would later turn the Red Guard against the communist government.

Throughout the 1970s, the majority of Red Guard youth were sent to work in rural villages, where they developed an appreciation for the values of ordinary life. From this experience, an underground cultural movement was born. Rejecting idolatry, these relocated revolutionaries developed a new form of resistance that signaled a new era of enlightenment, culminating in the Democracy Wall movement of the late 1970s and the Tiananmen protest of 1989. Yang's final chapter on the politics of history and memory argues that contemporary memories of the Cultural Revolution are factionalized along these lines of political division, formed fifty years before.

Guobin Yang is a Professor of Communication and Sociology at the Annenberg School for Communication and Department of Sociology at the University of Pennsylvania. His books include The Red Guard Generation and Political Activism in China (2016), The Power of the Internet in China: Citizen Activism Online (2009), and Dragon-Carving and the Literary Mind (2 vols. 2003). He is the editor of Media Activism in the Digital Age (with Victor Pickard, forthcoming), China’s Contested Internet (2015), The Internet, Social Media, and a Changing China (with Jacques deLisle and Avery Goldstein, 2016), and Re-Envisioning the Chinese Revolution: The Politics and Poetics of Collective Memories in Reform China (with Ching-Kwan Lee, 2007).