Video: Andrew Scobell and Tai Ming Cheung examine the remaking of the PLA by Xi Jinping

The USC U.S.-China Institute hosts a discussion to look at how China's national security policy is shaped under Xi Jinping. 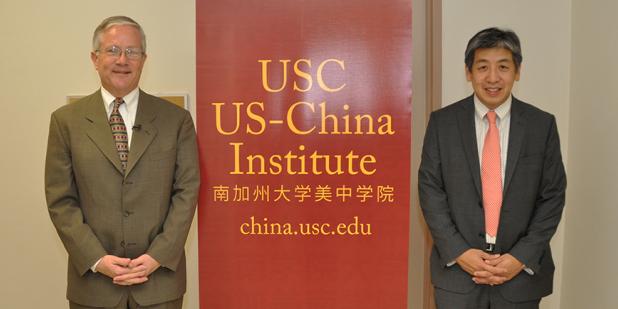 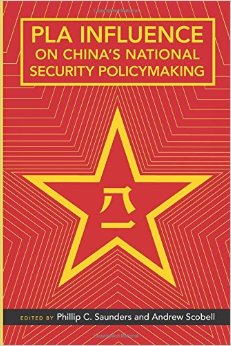 Party General Secretary and Commander-in-Chief Xi Jinping has just unveiled a far-reaching restructuring of the People’s Liberation Army that, if fully implemented over the next 5 years, promises a far-reaching transformation in how this powerful institution is organized, led, and operates. Will Xi be able to fully implement these reforms and what will this mean for civil-military relations, national security decision-making, and the PLA’s war-fighting effectiveness? Two veteran observers of the PLA and its political influence are contributors to a newly published volume PLA Influence on China’s National Security Policymaking (Stanford University Press, 2015).  Drawing upon their contributions to this book, they offer their insights on these latest developments.

Andrew Scobell is a senior political scientist at the RAND Corporation. Prior to this he was an associate professor of international affairs at the George H. W. Bush School of Government and Public Service and director of the China certificate program at Texas A&M University in College Station, Texas. From 1999 until 2007, he was associate research professor in the Strategic Studies Institute at the U.S. Army War College and adjunct professor of political science at Dickinson College, both located in Carlisle, Pennsylvania. Scobell is author of China's Use of Military Force: Beyond the Great Wall and the Long March (Cambridge University Press, 2003), China's Search for Security (Columbia University Press, 2012) with Andrew J. Nathan. His latest edited volume is PLA Influence on China's National Security Policymaking (Stanford University Press, 2015) with Phillip C. Saunders. Scobell was born and raised in Hong Kong and regularly makes research trips to the region. He earned a doctorate in political science from Columbia University.

Tai Ming Cheung is the director of IGCC and the leader of IGCC’s Minerva project “The Evolving Relationship Between Technology and National Security in China: Innovation, Defense Transformation, and China’s Place in the Global Technology Order.” He is a long-time analyst of Chinese and East Asian defense and national security affairs. Cheung was based in Asia from the mid-1980s to 2002 covering political, economic, and strategic developments in greater China. He was also a journalist and political and business risk consultant in northeast Asia.

Cheung received his PhD from the War Studies Department at King’s College, London University, in 2006. His latest book, Fortifying China: The Struggle to Build a Modern Defense Economy, was published by Cornell University Press in 2009. He is an associate professor at the School of Global Policy and Strategy at UC San Diego, where he teaches courses on Asian security and Chinese security and technology.