The Asian Pacific Islander Faculty and Staff Association (APIFSA) was formed in April 2021 in response to the increase in anti-API hatred and violence reported around the country. Our mission is to create a safe space and a strong voice to advocate for API faculty and staff across the USC community.
March 9, 2022
Print 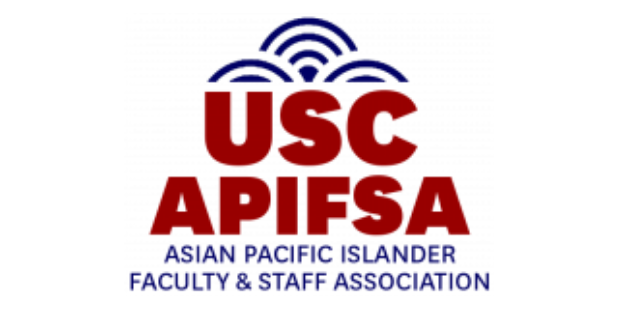 In March 2021, a lone gunman harboring Anti-Asian hate sentiments went on a rampage in Atlanta, killing eight people, six of whom were Asian women. Just weeks prior, an 84-year-old Thai grandfather, Vichar Ratanapakdee, was on his daily walk in San Francisco when he was brutally shoved and killed. In Brooklyn, a 61-year-old Filipino American man, Noel Quintana, was on the L train to Harlem, where he works as an administrative assistant, only to be slashed by a box cutter from ear-to-ear. In San Jose, a 64-year-old Vietnamese grandmother was assaulted and robbed of $1,000 that she had withdrawn for Lunar New Year. Spurred by the global COVID-19 pandemic, the list of violent attacks on our API community is long.

Since March 2020, Stop AAPI Hate has recorded more than 6,600 hate incidents against AsianAmericans in the United States. This includes physical assault, verbal harassment, civil rights violations, refusal of service from business establishments, and murder. But API immigrants have also faced a centuries-long history of discrimination and violence. The Chinese Exclusion Act, the incarceration of persons of Japanese ancestry during World War II, the hateful anti-South Asian bias in the wake of 9/11 are just a few examples of how anti-API racism and discrimination go beyond these inpidual attacks.

In the years that saw the closing of businesses, skyrocketing unemployment and an ongoingpublic health crisis, the severity of the API struggle has been minimized or gone unnoticed by many.

At its core, this is why USC APIFSA was formed. And our resource guide will hopefully help frame discussions around ALLYSHIP.

The Psychology of Hate

Hatred is an emotion of extreme dislike, intense hostility and aversion. It is based on our perceptions of others, but is grounded in our relationship with ourselves and our own personal history. These can affect our personality, feelings, ideas, beliefs and identities.

Hate over a long period of time can breed more negative emotions, and extreme hatred can inspire violence. It falsely inflates the ego and makes one feel very superior and self-righteous against the thing or person who is hated.

A good place to begin is for APIs and their allies to acknowledge anti-Asian racism.

Some academics have pointed to the model minority myth as playing a role. Many characterize the racial group as compliant, hard-working, law-abiding, successful inpiduals, and such qualities have led to their success over other racial groups. Coupled with being the racial group least likely to reach out for help, these themes have exacerbated problems for the community.

For many API, asking for help can feel like a mentally insurmountable barrier due to the pressures and expectations that the model minority myth has set.

In 1869, after the completion of the first transcontinental railroad, two of the largest Los Angeles newspapers began running editorials condemning Chinese immigration and attacking the Chinese as “inferior and immoral.” In the wake of these editorials, there was an uptick in racially motivated attacks against Asians. Many were Chinese immigrants brought to the United States to build our railroad infrastructure.

Between 1882 and 1924, U.S. Congress passed a series of laws that banned Asians from immigrating to this country.

Following the attack on Pearl Harbor, government suspicion rose around all persons of Japanese descent, both issei (foreign born) or nisei (American citizens). From the end of March 1942 to August 1942, approximately 112,000 Japanese Americans were incarcerated in “relocation camps”. This sparked constitutional and political debate.

The dynamic of communities of color being pitted against one another has existed throughout history, but this has sparked a variety of initiatives aimed at building crossracial unity.

There were notable moments and figures in history who advocated for unity.

Why Allies Are Important

Allies are important because they recognize that though they are not a member of the oppressed communities they support, they make a concerted effort to better understand the struggle, every single day.

Because they might have more privilege and recognize this, they are powerful voices alongside the oppressed ones.

ALLYSHIP is a lifelong learning process of building trustworthy, consistent and accountable relationships with marginalized inpiduals and groups of people.

An ally acknowledges the limits of their knowledge about oppressed people’s experiences, but doesn’t use that as a reason to not think and/or act.

An ally does not remain silent but confronts oppression, as it comes up daily, and seeks to deconstruct it institutionally and live in a way that challenges systemic oppression.

An ally doesn’t have it all figured out, but is committed to non-complacency.

consideration for what defines privilege, including gender, race (API and non-API included), and socioeconomic status.

Implicit bias refers to the attitudes or stereotypes that affect our understanding, actions and decisions in an unconscious manner. These biases, which can be both favorable and unfavorable

assessments, are activated involuntarily, without an inpidual’s awareness or intentional control.

Both privilege and implicit bias are formed by our socialization, including family, friends, school, media exposure, experiences and work culture. Over a person’s lifetime, both can contribute a

negative impact on education, work and economic opportunities, and perpetuates a cycle of oppression.

Non-API friends and colleagues can show support by checking in with API peers, showing they are aware of the news, demonstrating care for their wellbeing and offering specific forms of help.

How to be an effective ally:

As a friend, you might offer your time if they want to talk or extend a nice gesture like sending over food delivery.

Learn to be a better bystander.

Lifting others up through advocacy efforts.

Support API-owned businesses or organizations that help the community.

Recognize systematic inequalities and the impact of microaggressions.

And most importantly, constructively listen, support, self-reflect and change.

Other Resources to Consider

Teaching Race and Racism in Buddhist Studies: This site offers a top-notch, high quality series of interviews, list of resources, and syllabi for readers who are interested in either educating themselves or teaching others on how Asian American Buddhists had been made an eternal alien in America and what to do about this continual racist culture.

An Excerpt from Taking Back Philosophy: A Multicultural Manifesto This is a short article that exposes the racist history and continual presence of racial structure in the academic discipline of philosophy. Bryan Van Norden also provides an extensive but manageable list of resources for readers interested in non-Western philosophies, including but are not limited to Chinese philosophy, Japanese philosophy, African philosophy, indigenous philosophy.

Project Implicit: A series of topic-driven Implicit Association Tests to help you gain a deeper understanding of your own implicit bias.