Video from the USC U.S.-China Institute symposium on the play that recently toured China, where it stimulated considerable debate about the role of the press. 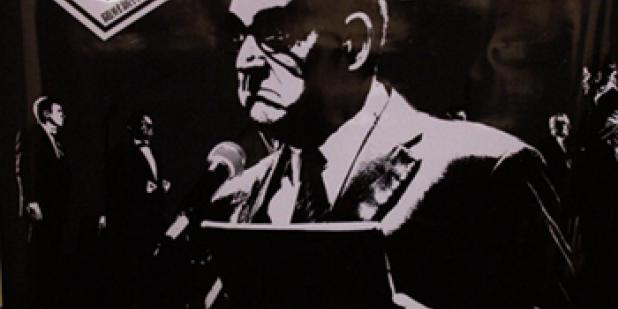 Co-written by Geoffrey Cowan and late journalism professor Leroy Aarons,  Top Secret: The Battle for the Pentagon Papers is an inside look at the New York Times and Washington Post's decision to publish a top-secret study documenting the United States' involvement in Vietnam. The subsequent trial tested the parameters of the First Amendment, pitting the public's right to know against the government's claim of secrecy. The epic legal battle between the government and the press went to the nation's highest court and is perhaps the most important Supreme Court case ever on freedom of the press. The play won the Corporation for Public Broadcasting's Gold Medal for Excellence in Best Live Entertainment. and in fall 2011 was performed in Beijing, Guangzhou, and Shanghai before packed auditoriums. In some instances Cowan, and the play’s producer, director, and performers were able to talk with audiences about the issued addressed in the play. In some places, Chinese authorities sought to prevent such discussions.

Cowan told the Los Angeles Times that, "It speaks very well of China that they have embraced this tour. That is the real story." Lowenberg said, "I knew it would be precarious to bring a story about freedom of the press to China, but I knew the Chinese would get it immediately and I didn't want to bring over something that would be meaningless."

Geoffrey Cowan, co-author of Top Secret, is the former dean of the USC Annenberg School for Communication and Journalism. He's now a University Professor and the first president of the Annenberg Foundation Trust at Sunnylands. He also directs the Annenberg Center on Communication Leadership and Policy.

Cowan played a role in developing National Public Radio and also served as director of the Voice of America. Trained as a lawyer, Cowan is the author of numerous works, including See No Evil: The Backstage Battle Over Sex and Violence on Television and the best-selling The People v. Clarence Darrow: The Bribery Trial of America's Greatest Lawyer.

Susan Albert Loewenberg, executive producer of Top Secret, is the longtime producing director of Los Angeles Theatre Works. LATW's productions are attended by rapt audiences and are heard by millions of public radio listeners and web visitors. She produced Top Secret for radio in 1991. She helped transform the play into a stage play in 2007, which toured more than twenty American cities.

The program was sponsored by the USC U.S.-China Institute, the Center on Communication Leadership and Policy, and the Center on Public Diplomacy. Sign up for the USCI mailing list to learn about other events and programs: http://china.usc.edu/subscribe.aspx.