Tom Hollihan speaks during the conference Through Tinted Lenses? How Chinese and Americans See Each Other, hosted by the USC U.S.-China Institute, on the topic of security and regional disputes. 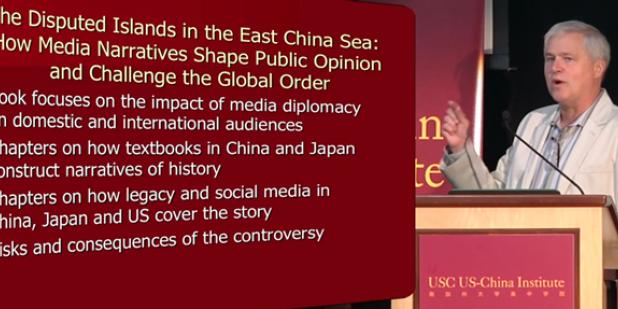 About the Speaker
Tom Hollihan teaches communication at USC. His research and writing focuses on argumentation, political campaign communication, contemporary rhetorical criticism, and the impact of globalization on public deliberation. His many books include The Dispute Over the Diayou/Senkaku Islands: How Media Narratives Shape Public Opinions and Challenge the Global Order (forthcoming), Uncivil Wars: Political Campaigns in a Media Age, and Arguments and Arguing: The Products and Process of Human Decision Making (with Kevin Baaske). Hollihan has also advised candidates, officials, military leaders, and organization heads.