Terry Lautz discussed the fourth panel of the conference Through Tinted Lenses? How Chinese and Americans See Each Other, hosted by the USC U.S.-China Institute. 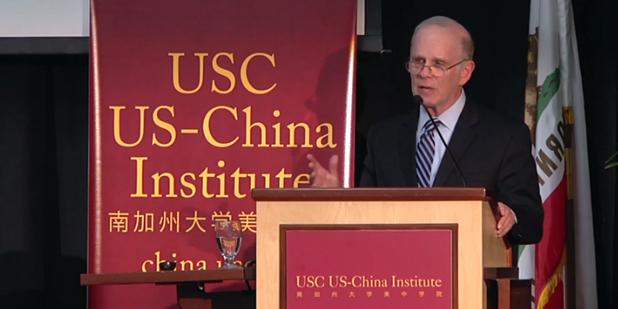 Terry Lautz is a visiting professor at Syracuse University. For many years he served as vice president of the Luce Foundation. He was a public policy scholar at the Woodrow Wilson Center in 2010. His publications include book chapters and journal articles on various aspects of Sino-American cultural and educational relations. He is completing a book about John Birch, an American in China who became the namesake of an anti-communist organization in the U.S.

This video is available in High Definition on the USCI YouTube Channel and
on the USCI iTunes U Page in video and audio only forms.