On July 15, 1971 Richard Nixon and Zhou Enlai announced that Nixon would go to China. We remember the road to that announcement and the trip that followed.
July 15, 2016
Print 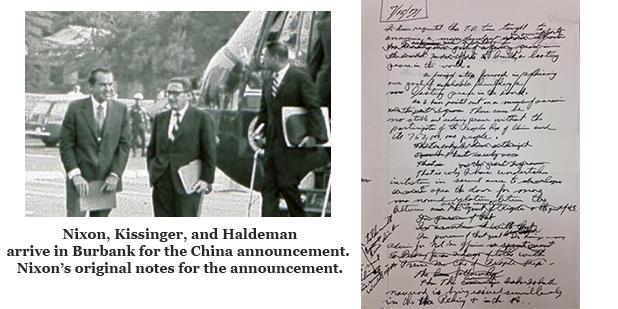 Forty-five years ago today, President Richard Nixon shook the world when he went into the NBC studios in Burbank, California to announce that he was going to China. At the same time, Premier Zhou Enlai announced that Nixon had accepted China’s invitation to visit. Nixon ended his announcement by saying:

"I have taken this action because of my profound conviction that all nations will gain from a reduction of tensions and a better relationship between the United States and the People's Republic of China.
"It is in this spirit that I will undertake what I deeply hope will become a journey for peace, not just for our generation but for future generations on this earth we share together."

During his February 1972 trip, Nixon said it was “The week that changed the world.” You can watch Nixon’s announcement at our website (or our YouTube channel), read 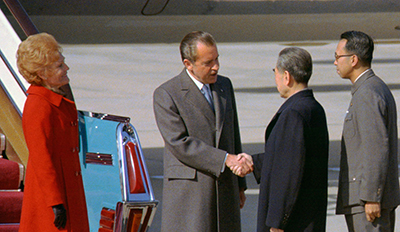 about Henry Kissinger’s secret trip to China to discuss a possible visit and about the trip itself, and watch “The Week that Changed the World” episode in our Assignment: China series (website | YouTube). That episode includes interviews with members of the president’s staff, diplomats, and many of the journalists who brought the visit to viewers and readers. 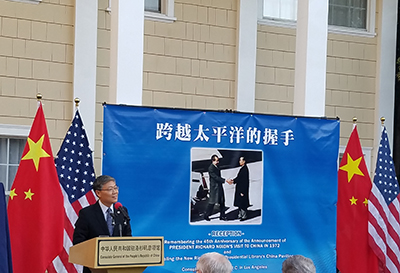 The July 15, 1971 announcement was celebrated last night in Los Angeles at the Consulate General of the PRC. Ambassador Liu Jian, the consul general and former ambassador to Afghanistan and Pakistan, and William Baribault, president of the Nixon Foundation, spoke of the importance of Nixon’s journey and the need for the peoples of the two countries to continue to search for common ground. Edward Nixon, the president’s youngest brother, spoke of his brother as a kind of teacher, trying to guide others to new ideas.

The Nixon Foundation and Library currently has an exhibition at South Coast Plaza celebrating not just the historic trip, but the many cultural exchanges it helped launch. A wide variety of mostly Southern California institutions including museums and orchestras are featuring China exhibitions and performances through next year. On October 14, the "New" Nixon Library and Museum opens in Yorba Linda.

Amb. Liu’s remarks included one thing not known by most Angelenos, even those of us who follow Chinese affairs and who have visited the home of the consul

general. The house was once owned by H.R. "Bob" Haldeman, who became Nixon’s chief of staff. In Los Angeles he worked for the J. Walter Thompson advertising agency.

In 1994, a year after his father’s death, Haldeman’s son Peter wrote the essay “Growing Up a Haldeman,” which includes this description of what is now the consul general’s residence.

"More often than not, we lived in Hancock Park, a lush enclave near downtown regarded by its inhabitants as a "less flashy" alternative to the West Side. The house I remember most vividly was a shingled Colonial with backyard features that I considered providential: a 60-foot pool, an avocado tree big enough to spend the night in and a badminton court that was better for roller-skating."

Haldeman’s crucial role in the administration, including the trip to China, comes through in observations made by Dwight Chapin in the Assignment:China episode and in the observations of Larry Higby, his assistant who spoke in 2010 at a USCI/Nixon Foundation symposium on “The Inside Story of Richard Nixon’s 1972 Journey to China” (web | YouTube).

Haldeman kept a detailed diary during his White House service. In 2015, C-SPAN Radio broadcast Haldeman dictating his China entries. Click here to hear them. During the first entry, Haldeman notes that Secretary of State William Rogers wouldn’t be included in the meetings with China’s leaders and that in their meetings, Rogers and Michael Green would play “bad cop” to Nixon’s “good cop” in discussions regarding Taiwan. Later entries include his observations on what they wanted and got in press coverage and their genuine worries that it was possible the two sides could not settle on a joint communique. Haldeman also took his 8mm film camera along on the trip. Some of his film was included in a film made by the Nixon Library.

Forty-five years ago Nixon and Zhou announced that after two hostile decades that began with US support for the Communist Party’s enemy and soon included direct engagement on Korean battlefields, the two sides would meet at the highest level. It was a bold step born out of shared fears that would ultimately yield today’s remarkable interconnectedness.

Thanks for reading. Please share Talking Points with friends and colleagues. Encourage them to subscribe and check us out on Facebook and Twitter. Please remember that we’re still anxious to receive your photos of Chinese restaurants (outside of China, Hong Kong, Macau, and Taiwan). Send them and your comments to us at uschina@usc.edu.

Best wishes,
The USC U.S.-China Institute
-- a program of the Annenberg School for Communication and Journalism
china.usc.edu
Donate to USCI via the USC secure server.
Click here to subscribe to Talking Points.
Write to us at uschina@usc.edu.
We're at YouTube, Facebook, Twitter, and iTunes. 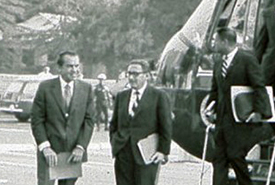