The Thanksgiving 2017 issue of Talking Points reviews Chinese doubts about the taste of turkey, TV pioneer Joyce Chen, and offers two poems. And we offer our comprehensive calendar of China-focused events and exhibitions across North America. 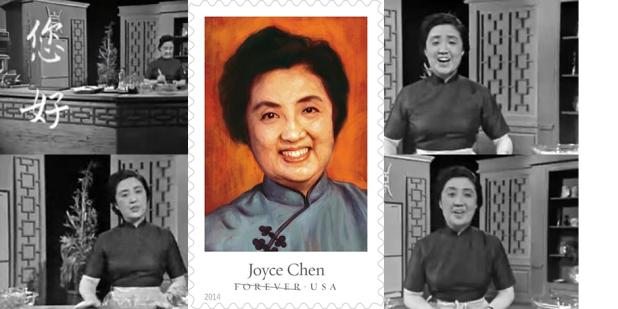 We’re grateful for your ongoing interest into U.S.-China relations and developments in contemporary China. We are especially appreciative of those of you who participate in our programs and take advantage of our web resources. And we are grateful to those who provide us with the support that makes our work possible. USC provides us with essential support, but most of our bills are paid by donations and grants. Thanks and best wishes to all of you.

For Americans and Chinese alike, gathering for a good meal is at the center of fall celebrations. Chinese have never been much impressed with American cuisine, including that Thanksgiving staple, turkey. Fei Xiaotong 費孝通 (1910-2005), the eminent sociologist, visited in the 1940s and wrote that Americans ate turkey for Thanksgiving not because they liked it, but because it reminded them of the hardships earlier generations endured. Liang Shiqiu 梁實秋 (1901-1987), famous for his translations of Shakespeare, studied here in the 1920s and returned in 1970. In an essay, “Eating in America,” he wrote,

“The average American is not very particular about food. Even on a big holiday like Thanksgiving they do no more than just roast a turkey, a custom that is still carried on after over three hundred years. When I was a student in the United States, I lodged for a time at a Mrs. Mitchell’s house in Colorado Springs. Several days before Thanksgiving the landlady’s third daughter ran all around in a fluster declaring, ‘We are going to have a big turkey dinner!’ When the big bird was served on the table the atmosphere was special; it should have been fragrant and succulent, but when you cut into it and tasted it, whether breast or drumstick, it was tough, old, and leathery! Furthermore, as the turkey was not finished in one meal, the disaster was extended to another. Ever since I have not had kind feelings about turkey” (translation by Leo Lee and David Arkush).

In the past, we have solicited Thanksgiving recipes from noted Chinese chefs, Madame Wu, Ming Tsai, and Martin Yan. Tsai and Yan are well known for their television series. But the true pioneer of Chinese cooking on television was Joyce Chen.

Chen was born in Beijing in 1917 and came to America with her husband and daughter in 1949. She opened a restaurant in Cambridge, Massachusetts in 1958 which became a hit with the Harvard president and other notables. In 1962 she published a cookbook and started giving cooking classes. Influential food writers James Beard and Craig Claiborne praised her restaurant. Public television station WGBH was looking to expand on its success with Julia Child and The French Chef and recruited Chen. Joyce Chen Cooks was shot on the same set as Child’s program. Only twenty-six episodes were produced in 1966-67, but reruns aired 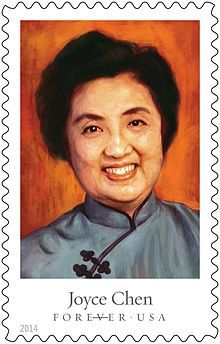 nationwide for many years. Many newspapers also ran Chen’s column of recipes and cooking tips. The episodes can be viewed at WGBH’s website. By the early 1970s, one third of American families told pollsters they liked and bought Chinese food. A fourth said the same about Mexican food. After Nixon’s 1972 trip to China, interest further expanded. Chen and her children made their own trip to China, making a documentary about it. Chen told the Christian Science Monitor that what most impressed her was that the starvation and malnutrition that had been such a regular part of Chinese life before her departure seemed to have been eliminated.

In 2014, the U.S. Postal Service honored Chen, Child and other cuisine pioneers in a series of stamps. Chen’s children manage the family businesses, which includes cookbooks, Joyce Chen Kosher Hoisin Sauce and other branded ingredients, and a line of cooking utensils. In recent years, restaurants in Cambridge have honored Chen’s legacy with a September dumpling festival in the Central Flea.

In 1967, the Boston Globe offered recipes for an international Thanksgiving meal. It recommended Joyce Chen’s sweet and sour relish:

Trim tough outer leaves from cabbage, cut in chunks, discarding core. Separate inner leaves. Mix pepper flakes, sugar, vinegar, soy sauce, and salt in a bowl and set aside. Heat oil in large, deep pan over medium heat. Add cabbage, stirring constantly until the small leaves have become transparent. Take care not to overcook, otherwise the cabbage will lose its crispness. Remove seasoning mixture. Pour cabbage with the liquid into a large bowl. Bank cabbage around the edge of bowl, leaving a well in the center, so that it will cool evenly. Stir occasionally and rearrange as before until thoroughly cold. Chill overnight, even several days for best flavor.

Of course, Thanksgiving also launches the American holiday shopping season. Black Friday gets its name from the idea that it is that season that makes it possible

for retailers to end their years “in the black,” to be profitable (rather than in deficit or “in the red”). Last year, American shoppers spent about $5 billion on Black Friday, with more than half of that occurring online. The entire holiday season brought retailers a total of $656 billion. Big numbers, but in terms of one day volume, nothing can compare to the Alibaba-created “Single’s Day” on November 11 (11.11). In 2016, Alibaba handled $18 billion in sales. Two weeks ago, founder Jack Ma and celebrities including Nicole Kidman and Wu Jing launched "Single's Day." Alibaba processed more than $25 billion in sales. At its peak, Alibaba was processing over 300,000 transactions a second. Some 90% of the transactions were launched from phones and tablets. Clearly both Americans and Chinese love to consume.

We conclude our Thanksgiving newsletter with two poems. American Alberto Rios celebrated giving in his 2014 poem, “When Giving Is All We Have.”

One river gives
Its journey to the next.

Giving has many faces: It is loud and quiet,
Big, though small, diamond in wood-nails.

Its story is old, the plot worn and the pages too,
But we read this book, anyway, over and again:

Giving is, first and every time, hand to hand,
Mine to yours, yours to mine.

Millions are traveling today to be with family. But not all can travel. They long for home and for loved ones (and perhaps the foods they craved as children). Thirteen centuries ago, Tang-era poet Li Bai 李白 (701-762) captured this feeling. Every Chinese student learns this poem and it still moves those who have traveled for study or work. 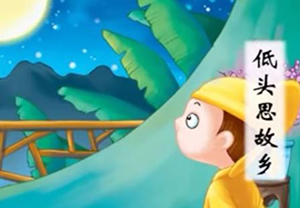 靜夜思 Thoughts on a Quiet Night

Bright moonlight before my bed
Seems like frost upon the floor;
I raise my head and watch the moon,
Then lower it down and think of home.
(translation by Christopher Evan)

And finally, a weather report. Here in Southern California, we’re expecting a high Thanksgiving temperature of 90°F (32°C). No matter where you and your loved ones may be, we hope you enjoy the warmth of their company or at least of their memory.

Below is our calendar of China-focused events and exhibitions. Don't miss the new Ci Xi 慈禧 exhibition at the Bowers Museum or our upcoming book talk by Scott Tong. We also encourage educators to check out our spring semester seminar and our summer study tour.

Thank you and best wishes,

Dec. 1, 2017: The China-Pakistan Economic Corrider: A View from the Ground
Arif Rafiq speaks at the Wilson Center