Syaru Shirley Lin examines the divergence between the development of economic and political relations across the Taiwan Strait and the oscillation of Taiwan’s cross-Strait economic policy through the interplay of national identity and economic interests. 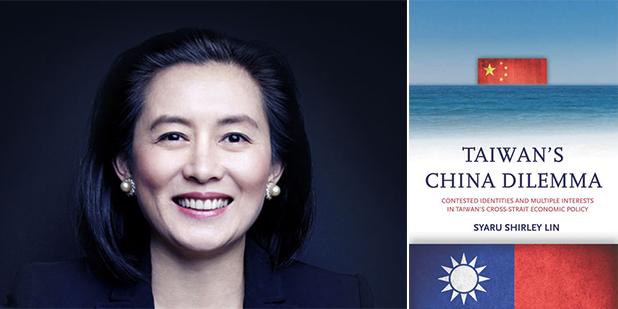 China and Taiwan share one of the world's most complex international relationships. Although their similar cultures and complementary economies promoted an explosion of commercial ties since the late 1980s, they have not led to a stable political relationship, let alone progress toward the unification that both governments once claimed to seek. In addition, Taiwan’s economic policy toward China has alternated between liberalization and restriction. Most recently, Taiwan's Sunflower Movement succeeded in obstructing deeper economic ties with China. Why has Taiwan's policy toward China been so controversial and inconsistent?

Author Syaru Shirley Lin explains the divergence between the development of economic and political relations across the Taiwan Strait and the oscillation of Taiwan’s cross-Strait economic policy through the interplay of national identity and economic interests. She shows how the debate over Taiwanese national identity has been intimately linked to Taiwan’s economic policy during a turbulent time in cross-Strait relations. Using primary sources, opinion surveys, and interviews with Taiwanese opinion leaders, she paints a vivid picture of one of the most unsettled and dangerous relationships in the contemporary world.

As Taiwan grapples with the growing importance of the Chinese economy, it also experiences the uneven socio-economic consequences of globalization. This has produced a reconsideration of the desired degree of further integration with China, especially among the younger generations. Taiwan’s China Dilemma illustrates the growing backlash against economic liberalization and regional economic integration around the world.

Syaru Shirley Lin is a member of the founding faculty of the master’s program in global political economy at the Chinese University of Hong Kong and teaches political science at the University of Virginia. Her book, Taiwan’s China Dilemma: Contested Identities and Multiple Interests in Taiwan's Cross-Strait Economic Policy, was published by Stanford University Press in 2016. She graduated from Harvard College and earned her masters and Ph.D. from the University of Hong Kong. Before starting her academic career, Prof. Lin was a partner at Goldman Sachs, where she was responsible for direct investment in Asia and spearheaded the firm’s investments in many technology start-ups such as Alibaba and Semiconductor Manufacturing International Corp. Previously, she specialized in the privatization of state-owned enterprises in Singapore and China. Prof. Lin’s present board service includes Goldman Sachs Asia Bank, Langham Hospitality Investments and Mercuries Life Insurance. She also advises Crestview Partners and the Focused Ultrasound Foundation and is a member of the Hong Kong Committee for Pacific Economic Cooperation.