Stanley Rosen spoke at the conference Through Tinted Lenses? How Chinese and Americans See Each Other, hosted by the USC U.S.-China Institute, on the topic of film and television.
November 10, 2013
Print 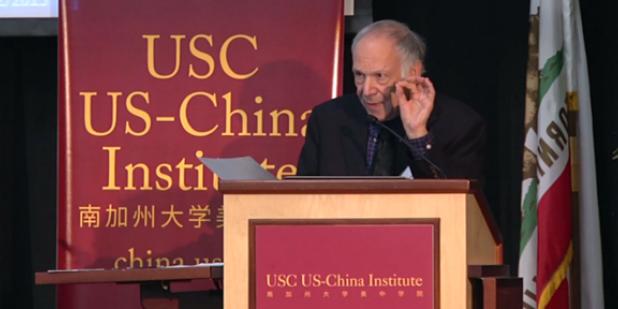 Stanley Rosen has taught political science at USC since 1979. He's headed the East Asian Studies Center and is a member of the US-China Institute's executive committee. His courses range from Chinese politics and Chinese film to socio-political change in East Asian societies. He's published numerous books and articles, including Chinese Politics: State, Society and the Market (co-edited with Peter Hays Gries) and Art, Politics and Commerce in Chinese Cinema (co-edited with Ying Zhu). Other works look the Cultural Revolution, the Chinese legal system, public opinion, youth, gender, and human rights. He is co-editor of Chinese Education and Society.