New USC US-China Institute documentary examines the issues and contentions at play in this important region. 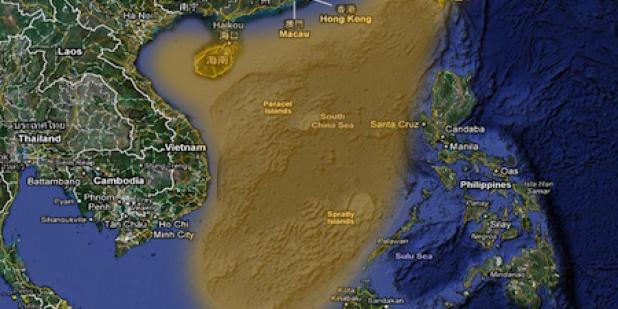 Bordered by ten nations and including some of the world’s most important shipping lanes and fisheries, the South China Sea is a vital region. Critically important mineral resources, including oil, are thought to be there in large quantities as well. The Chinese have long laid claim to nearly the entire South China Sea. That claim is contested by many nations and in some instances the conflict has turned violent. This summer the United States entered the fray.

In July, U.S. Secretary of State Hillary Clinton said, "The United States has a national interest in freedom of navigation, open access to Asia's maritime commons, and respect for international law in the South China Sea.” This comment, made at a meeting of the Association of Southeast Asian Nations’ (ASEAN) regional forum held in Hanoi, triggered a vigorous response from Chinese authorities.

Chinese authorities argue that they and other nations in the region can work out their differences on a bilateral, nation to nation basis. They say that the U.S. is intruding into the discussion and attempting to make rights and use of the South China Sea an international issue. As Chinese Foreign Minister Yang Jiechi put it, “What will be the consequences to if this issue is turned into an international or multilateral one? It will only make matters worse and the resolution more difficult.”

The video is also available via our YouTube channel (http://www.youtube.com/user/uschinainstitute). The YouTube site also offers viewers the option of a higher quality video stream.

MIKE CHINOY, Narrator: Could the navies of the United States and China be headed toward a show-down in the South China Sea? That’s the worse-case scenario but it’s not impossible. The reason, long-standing disputes between China and its Southeast Asia neighbors over control of the sea, have suddenly become a new source of tension between Washington and Beijing. Look at any Chinese map of the region. Almost all the waters of the South China Sea, nearly a million square miles and believed to contain vast underwater deposits of oil and natural gas, are marked as China’s maritime territory. According to Beijing, it’s a claim rooted in Chinese history.

SHEN DINGLI, Fudan University, Shanghai: For China, we say our ancestors used to occupy these islands. So I have this book to show. Look, and my fishermen used to use islands to avoid the typhoons. It’s all recorded. And there are so many vessels unearthed that carry Chinese porcelain. It’s not Vietnam’s porcelain. So we consider that a thousand years ago, these people already used this sea lane of communication for China’s interests. Therefore, the ancestors of them have the right to claim.

Mike Chinoy: But the South China Sea is also bordered by Vietnam, Taiwan, the Philippines, Brunei, Malaysia, Indonesia, Cambodia, and most of them have their own territorial claims and for similar reasons. Not only the potentially rich natural resources, but the fact that a third of the world’s trade and much of Asia’s oil, pass through its sea lanes.