Simon Shen spoke at the conference Through Tinted Lenses? How Chinese and Americans See Each Other, hosted by the USC U.S.-China Institute, on the topic of Chinese and a Black president, Blacks and China 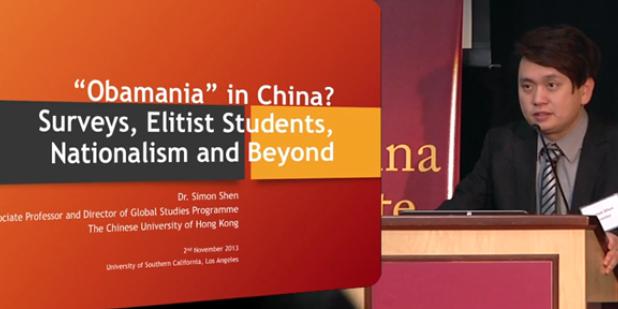 A graduate of Oxford and Yale, Simon Shen is an international relations specialist and is a prominent Hong Kong commentator. He has published more than 70 academic articles and publications in leading journals. He has been a visiting fellow at leading global think tanks such as he Brookings Institution. Shen works on a variety of topics. His scholarship on contemporary anti-Western Chinese nationalism has gained worldwide attention. Shen's public intellectual activity led to government service with the Central Policy Unit of the Hong Kong SAR.