Sheila Melvin - Discussant for Panel 5: Chinese and a Black President, Blacks and China

Sheila Melvin discussed the fifth panel of the conference Through Tinted Lenses? How Chinese and Americans See Each Other, hosted by the USC U.S.-China Institute. 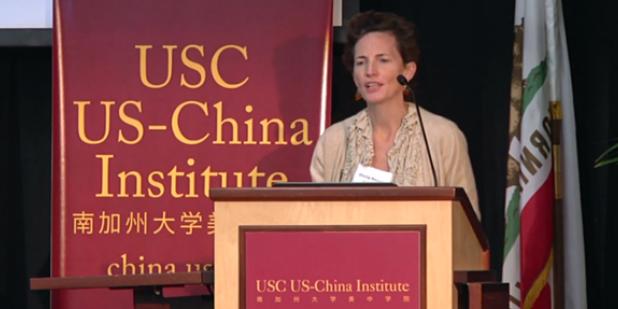 Sheila Melvin is a regular contributor to the International Herald Tribune and Caixin, though her work has appeared in many other publications. She writes principally on the arts in China. Her books include Rhapsody in Red: How Western Classical Music Became Chinese, a co-authored work which was short-listed for the Saroyan Prize in 2005 and The Little Red Book of China Business. Melvin is now working on a book that explores China's quest to become a cultural superpower.