From the mid-19th century collision between an expanding America and a secure Japan through to the Pacific War, Japan's rise was dramatic for both those who experienced it and those who observed it. Participants can join this half-day complimentary workshop in-person and via Zoom. Sponsored by the USC U.S.-China Institute and the Japan Society. 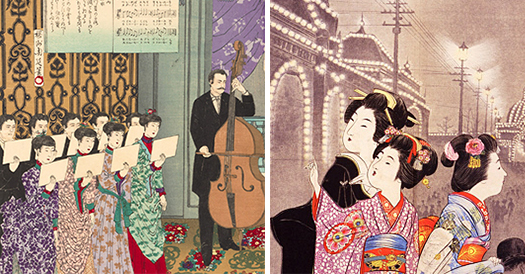 L: Detail from "Concert of European Music" (1889) by Yōshū Chikanobu 楊洲周延 (1838-1912), one of the artists discussed at the workshop. R: Detail from a print depicting the illumination at the Fifth National Industrial Exhibition in Osaka (1903) by Yamamoto Shōun 山本昇雲 (1870-1965).

In this complimentary workshop, educators will explore these political, economic, social and cultural changes, with particular emphasis on how they were visually represented through art, exhibitions and popular media. Those attending in person will receive free parking, refreshments and lunch. All who attend, in-person and via Zoom, will receive relevant materials ahead of the workshop and books after the workshop. Register via the form below. 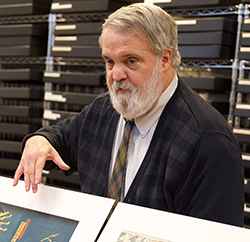 Imagining and Imaging Meiji Japan
Bruce Coats, Scripps College
The introduction of Western arts, especially photography, to 19th century Japan greatly changed how Japanese artists imagined and imaged their worlds. Prof. Coats will look at two woodblock print artists who documented the dramatic changes happening in Meiji Japan (1868-1912) through depictions of urban life, politics and foreign wars. Prof. Coats teaches art, history and humanities and is the director of the Clark Humanities Museum. He was one of the first in the U.S. to create interactive exhibition on Japan. That Smithsonian exhibition focused on Edo. He also worked with the Smithsonian Channel to create a documentary on Japanese gardens. 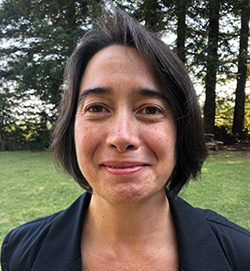 Canons and Cannons: Japanese Public Culture in the First Half of the 20th Century

Prof. Aso teaches history and heads the East Asian Studies Program at UCSC. Her teaching interests include Japan, gender, race and ethnicity, as well as nationalism, pop culture and material culture. Her works include a study of the 1964 Tokyo Olympics Art Festival, as well as Public Properties: Museums in Imperial Japan (2013) and Mitsukoshi: Consuming Places (2019). She began with her Scalar module, “Mitsukoshi: Consuming Places,” which tracks how a major Japanese department store struggled to reconcile its origin as a glamorous stage for Western-style consumption with a state that declared itself at war with the West and enforced increasingly harsh austerity measures in the early 1940s. She's discussed the latter multimedia project and other innovations in pedagogy in many forums, including the Association for Asian Studies annual conference.

This presentation introduces digital materials that support exploration of shifts in Japanese state-society relations in the first half of the twentieth century. Mitsukoshi was far from unique in grappling with such tensions during the Imperial era, and in this workshop we will also discuss in relation to the Japanese Folk Craft Museum (Mingeikan) or trends in children’s literature (national library digital exhibitions).

This workshop is part of an ongoing partnership of the USC U.S.-China Institute and the Japan Society and is offered in cooperation with the National Consortium for Teaching about Asia. Complete the form below to register.