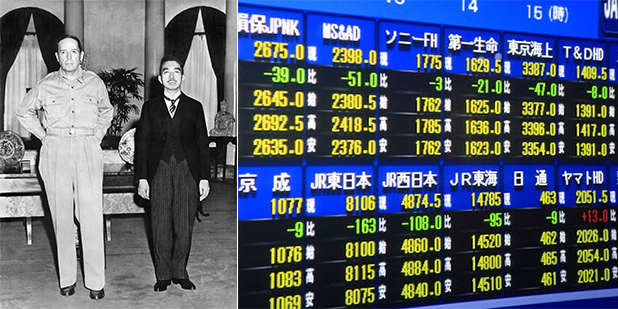 The USC U.S. - China Institute, Japan Society New York, and National Consortium for Teaching about Asia (NCTA) are offering a complimentary one-day workshop on Japan at USC for educators.

In this workshop, we’ll learn about Japan’s postwar development into a prosperous, generous and democratic nation. We’ll pay particular attention to the role of the United States in this process and Japan’s subsequent ties with America. Japan’s distinct business culture will be examined and we’ll discuss how film illuminates social changes since 1945.

There is another free workshop on November 3, 9-3:30pm, that focuses on Japan from 1868 to 1945. Teachers are encouraged to sign up and attend both workshops, but are also welcome to just attend one.
There is no cost to participate. All materials, refreshments, parking, and lunch will be provided.
REGISTRATION DEADLINE: 5pm on Wednesday, December 5
Click here for the flyer.

Fumiaki Kubo is Barton Hepburn Professor of American Government and History at the Graduate Schools for Law and Politics, University of Tokyo. His areas of expertise are US political and diplomatic history, modern American parties, policy making, and US foreign policy.  He was a Fulbright scholar at Georgetown University and the University of Maryland, and, from 2001 to 2002, a member of Prime Minister Junichiro Koizumi’s discussion panel on a direct election system. He is currently a member of the U.S.-Japan Conference on Cultural and Educational Interchange (CULCON). He has been a Japan scholar in the Asia Program of the Woodrow Wilson International Center for Scholars since 2014 and a member of the Basic Policy Working Group of the Space Policy Commission, Cabinet Office.

Ulrike Schaede is a professor of Japanese business and the founding director of the Japan Forum for Innovation and Technology. Her core research interest is to analyze and juxtapose different systems of capitalism and ways of organizing business, in order to identify the social and economic efficiency consequences of these differences. In particular, Schaede has looked at Japanese corporate strategies in light of Japan’s financial market organization, regulation and government-business relationships, corporate governance and takeovers, antitrust, employment practices, and innovation policies, and entrepreneurship. She is an expert on current affairs of Japanese companies and industry dynamics, as well as policy initiatives and the historical background to ongoing reforms.

Kerim Yasar specializes in modern Japanese literature and cinema, media history, and translation studies. He has translated in a variety of genres and media, from contemporary novels to pre-modern poetry to the subtitles for more than a hundred feature films in the Criterion Collection/Janus Films library. His first book, Electrified Voices: How the Telephone, Phonograph, and Radio Shaped Modern Japan, 1868-1945 (Columbia University Press, 2018), examines the roles played by the telegraph, telephone, phonograph, radio, and sound film in the discursive, aesthetic, and ideological practices of Japan from 1868 to 1945. 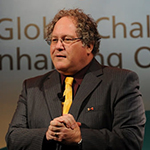