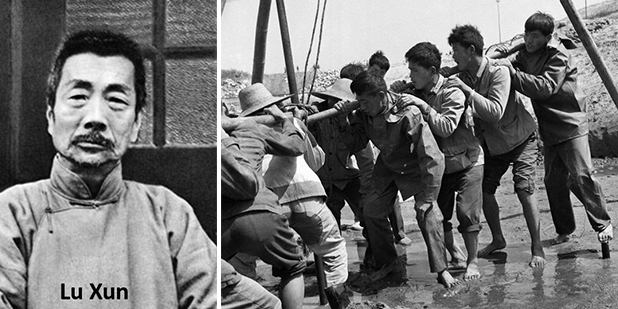 Join us at the Los Angeles Times Book Festival for a workshop focusing on how biographies and collective biographies can illuminate important moments and issues in China’s modern history. Eileen Cheng will discuss the work and impact of noted Chinese writer and critic Lu Xun. Brett Sheehan will examine the industrial utopia the entrepreneurial Song family hoped to build. Xiaowei Zheng will examine the experiences and legacy of the millions of educated youth sent to work in the countryside during China’s Cultural Revolution.

The session will meet at USC on Saturday, April 21, from 9am to 3:30pm. Complimentary on-campus parking, breakfast, lunch, and refreshments will be provided.

Brett Sheehan is professor of Chinese history at the University of Southern California. He received his Ph.D. from the University of California-Berkeley in 1997. He is also the author of Trust in Troubled Times: Money, Banking and State-Society Relations in Republican Tianjin, 1916-1937 (Harvard University Press, 2003) and numerous articles and book chapters.

Eileen Cheng is an Associate Professor of Chinese at the Pomona College. Her current research focuses on Lu Xun (1881-1936), known as the father of modern Chinese literature, and his reflections on the effects, both intended and unintended, of importing Western thought and theories on Chinese culture.

Xiaowei Zheng is an Associate Professor at the University of California, Santa Barbara. Her research interests include local history of the Qing dynasty and early republican political culture, with a focus on the emergence of popular nationalism and the potential of republicanism. Her book, The Politics of Rights and the 1911 Revolution in China, is a nuanced chronicle of the 1911 Revolution as it occurred in local and regional areas.