Richard Madsen - Discussant for Panel 5: Chinese and a Black President, Blacks and China

Richard Madsen discussed the fifth panel of the conference Through Tinted Lenses? How Chinese and Americans See Each Other, hosted by the USC U.S.-China Institute. 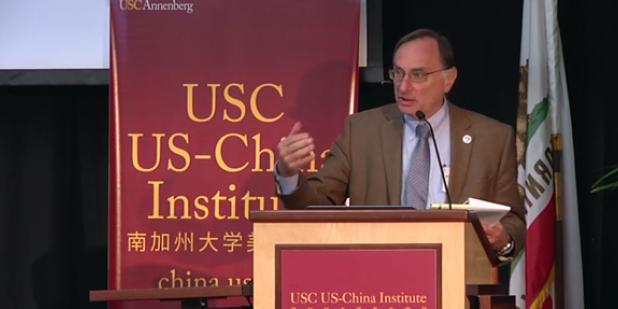 Richard Madsen teaches sociology at the University of California, San Diego where he also directs the UC-Fudan Center and is provost of Eleanor Roosevelt College. He's written widely on Chinese and American cultures. His books include include Democracy's Dharma: Religious Renaissance and Political Develpment in Taiwan, Morality and Power in a Chinese Village, and China and the American Dream. His co-authored or co-edited books Chen Village under Mao and Deng, Unofficial China, Popular China, and Restless China are staples on many course syllabi.