Peter Hays Gries spoke at the conference Through Tinted Lenses? How Chinese and Americans See Each Other, hosted by the USC U.S.-China Institute, on the topic of politics, ideology, and assessing the other. 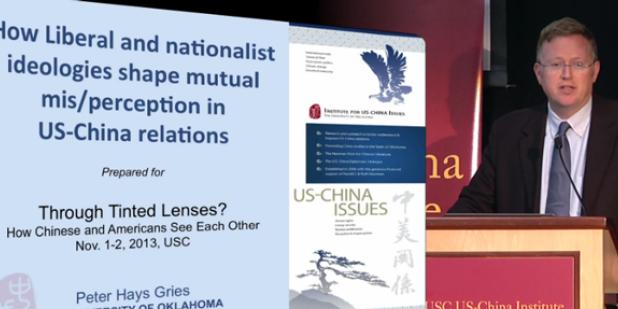 Peter Hays Gries is the Harold J. & Ruth Newman Chair & Director of the Institute for US-China Issues at the University of Oklahoma. He is author of The Politics of American Foreign Policy: How Ideology Divides Liberals and Conservatives over Foreign Affairs (forthcoming), China's New Nationalism: Pride, Politics, and Diplomacy, and is co-editor of Chinese Politics and State and Society in 21st-Century China. Gries has written dozens of academic journal articles and book chapters. He studies the political psychology of international affairs, with a focus on Chinese and American foreign policy.