Freeman had a distinguished business career and was a visionary philanthropist. The Freeman Foundation has funded the USC US-China Institute's teacher training program since its founding. 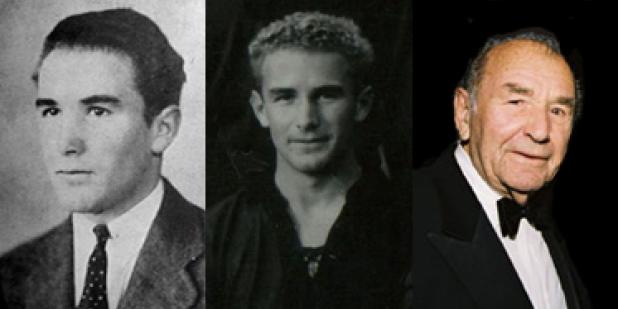 Houghton “Buck” Freeman passed away on December 1.  He was 89 years old. Few people have done as much as Freeman to promote increased understanding of Asia among Americans.

million American secondary students are studying with teachers trained through Freeman Foundation-funded seminars and workshops. Thousands of university students have gone to Asia to study or work through Freeman-funded programs. Hundreds of Asian students and scholars have come to the United States to study or teach. Everyday millions of people hear or watch news reports from Asia made possible by grants the Foundation has provided. Freeman oversaw all these efforts as well as a host of cultural site restoration efforts in Asia and environmental preservation projects in the United States.

The Freeman Foundation was launched with funds from the estate of Mansfield Freeman, Houghton’s father. Doreen, Houghton’s wife of 62 years, serves as a trustee. Graeme, their son, is the Foundation’s executive director. The family’s commitment to promoting Asian studies and facilitating exchanges with Asia stems from its own deep experience in the region and a concern that Americans simply don’t know enough about Asia to understand it well.

Houghton Freeman was born in Beijing in 1921 to Mary Houghton and Mansfield Freeman. His parents were there because Mansfield was teaching at Tsinghua University. Mansfield developed a strong interest in Chinese philosophy and eventually published translations of important texts. By chance he mentored a group of students who won a summer life insurance-selling contest. This resulted in C.V. Starr recruiting him to his young Shanghai-based firm: American International Underwriters. AIU would grow into American International Group (AIG), the world’s largest insurance company. Mansfield and, later, his son Houghton would help build the firm that until this year was the largest American company born outside the United States.

The Freemans were joined in Shanghai by Houghton’s grandparents. His grandfather Luther joined with others to create the Shanghai Community Church, which still houses the city’s largest Protestant congregation. Houghton attended Shanghai International School and Wesleyan University, where he was a star soccer player. His studies were interrupted by World War II. Already fluent in Chinese, Freeman graduated from the Navy’s Japanese language school and served mainly in China, first in the wartime capital of Chongqing and then running an intelligence operation out of Fuzhou. When the war ended, he completed his degree at Wesleyan and began working for AIU, at first in London where he met his wife, Doreen.

The newlyweds then went to China where their daughter Linda was born and where the Communists would soon seize power. In 1997, Freeman told BusinessWeek, "We thought we could do business with the Communists. We were wrong." The young family moved to Tokyo in late 1949. Their son, Graeme, was born there. Freeman became president of AIU Japan in 1956 and the family remained in Japan until the 1970s when he moved to AIG headquarters in New York. He served as AIG’s president and chief operating officer from 1983 until his 1993 retirement. Among his achievements during this period was helping get AIG reestablished in China, a project that took thirteen years. After retiring, Freeman devoted the bulk of his energies to leading the newly established Foundation.

Freeman funds have done much to reduce America’s “knowledge deficit” on Asia, but Freeman support has always meant much more than just financial resources. Houghton Freeman and his family have been key mentors and energetic promoters. Their advice and encouragement has been invaluable.

The Freeman Foundation has also been a key supporter of efforts to restore and preserve Asia’s cultural heritage. Prominent projects include Juanqinzhai 倦勤斋 (Studio of Exhaustion From Diligent Service), a remarkable 18th century structure the Qianlong emperor had built as part of his retirement residence within the Forbidden City and the Chongqing residence/headquarters of American General Joseph Stilwell. In Japan, the Foundation funded the restoration of Nara’s Chuguji, an imperial Buddhist nunnery.

The Foundation has been equally committed to environmental protection. In Vermont, their support has permitted the Vermont Land Trust to purchase and preserve 300,000 acres. When tragedy struck in New York and in Southeast Asia, the Foundation was there. It offered support for restaurant workers and janitors who lost jobs when the World Trade Center was attacked and helped schools destroyed by the 2004 tsunami. It has underwritten work to remove land mines in Vietnam.

Buck Freeman touched and improved lives worldwide. We join many others in expressing our appreciation for his generosity and extend our deepest sympathies to his wife, Doreen, and the other members of his family. He will be missed.