John Pomfret's new book examines the remarkable history of the two-centuries-old relationship between the United States and China, from the Revolutionary War to the present day. 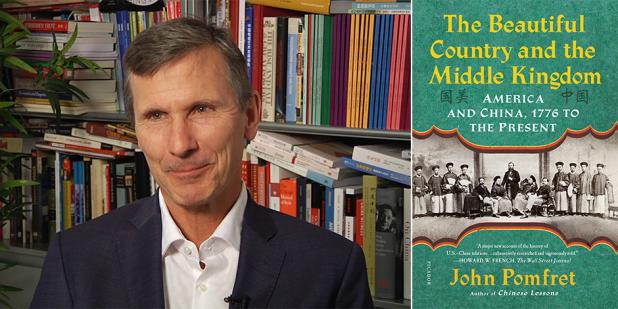 About the Book
From the clipper ships that ventured to Canton hauling cargos of American ginseng to swap Chinese tea, to the US warships facing off against China's growing navy in the South China Sea, from the Yankee missionaries who brought Christianity and education to China, to the Chinese who built the American West, the United States and China have always been dramatically intertwined. For more than two centuries, American and Chinese statesmen, merchants, missionaries, and adventurers, men and women, have profoundly influenced the fate of these nations. While we tend to think of America's ties with China as starting in 1972 with the visit of President Richard Nixon to China, the patterns—rapturous enchantment followed by angry disillusionment—were set in motion hundreds of years earlier.
Drawing on personal letters, diaries, memoirs, government documents, and contemporary news reports, John Pomfret reconstructs the surprising, tragic, and marvelous ways Americans and Chinese have engaged with one another through the centuries. A fascinating and thrilling account, The Beautiful Country and the Middle Kingdom is also an indispensable book for understanding the most important—and often the most perplexing—relationship between any two countries in the world.

About the Author
John Pomfret served as a correspondent for the Washington Post for two decades, covering wars, revolutions, and China. He is the author of the acclaimed book Chinese Lessons, and has won awards for his reporting on Asia, including the Osborne Elliot Prize. He holds a BA and MA from Stanford University and was one of the first American students to go to China after relations were normalized. Pomfret was expelled from China after the Tiananmen Square massacre in 1989. Most recently, he was a Fulbright senior scholar in Beijing.
Click here for the full list of book interviews.

Video: John Pomfret on the history between the United States and China