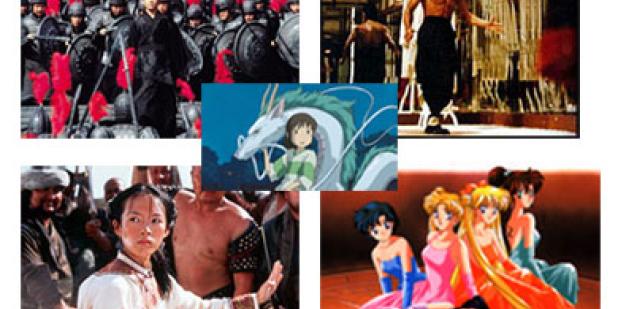 How do we know whatever it is that we know about East Asia? For many of us, our ideas have been profoundly influenced by television programs or films we've seen or by websites, graphic novels, or other image-rich sources. Too often, though, we fail to consider how and why some images are conveyed and not others, why some stories are told and others neglected. And this tendency is even more acute with students.

-- an award-winning documentarian discussing the challenges of describing a particular place or time, illustrating his points with clips from his influential films

Participants will be introduced to outstanding web resources which explore East Asian visual cultures and which frequently include lessons targeting secondary school students.

Teacher participating in the workshop will be better able:

Make your check payable to “University of Southern California” and send it, along with your name, email address, mailing address and phone number, and your current teaching assignment to:

All teachers are encouraged to participate in the workshop. For more information, please contact Linda Truong at lntruong@usc.edu or 213-740-0966.

Irv Drasnin learned about China at Harvard and subsequently made documentaries for CBS and PBS. His Misunderstanding China (1972) was a startling and accurate assessment of the fears, hopes, and misrepresentations that caused Americans to fail to grasp critical realities about China. More recently, Drasnin has documented changes in China after the 1989 pro-democracy protests.

Lynne Miyake is professor of Japanese literature and chair of the Department of Asian Languages and Literatures at Pomona College. She's written extensively on literature produced by and about women and has examined how filmmakers have interpreted literary classics.

Stan Rosen is professor of political science and director of USC's East Asian Studies Center. He's written extensively on Chinese film and on the film industry as well as on attitudes and expectations of young Chinese.

Sponsored by the USC U.S. - China Institute, the USC East Asian Studies Center, and the UCLA Asia Institute. Funded in part by grants from the U.S. Department of Education and the Freeman Foundation.