Annenberg dean Ernest Wilson opened the conference Through Tinted Lenses? How Chinese and Americans See Each Other, hosted by the USC U.S.-China Institute. 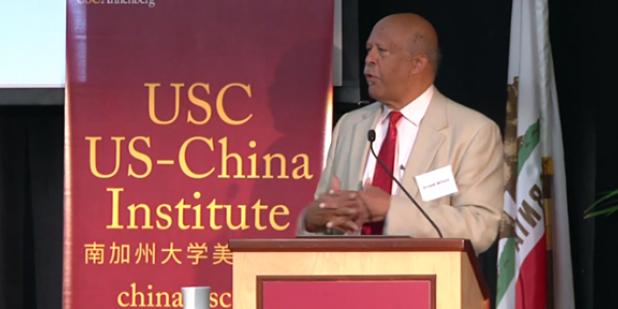 About the Speaker
Ernest Wilson holds the Walter Annenberg Chair in Communication and heads the USC Annenberg School for Communication and Journalism. He has been an pioneering scholar, academic leader, public servant, and White House staffer. He taught at Michigan, Pennsylvania, and Maryland, led the Maryland Center for International Development and Conflict Management, served in the Clinton era National Security Council and U.S. Information Agency and advised both the Clinton and Obama transition teams. He served on the board of the Corporation for Public Broadcasting and was its chair for a year. His books include Governing Global Networks and The Information Revolution and Developing Countries