Erin Ennis - American Perceptions of the Business Climate in China

Erin Ennis spoke at the conference Through Tinted Lenses? How Chinese and Americans See Each Other, hosted by the USC U.S.-China Institute, on the topic of business. 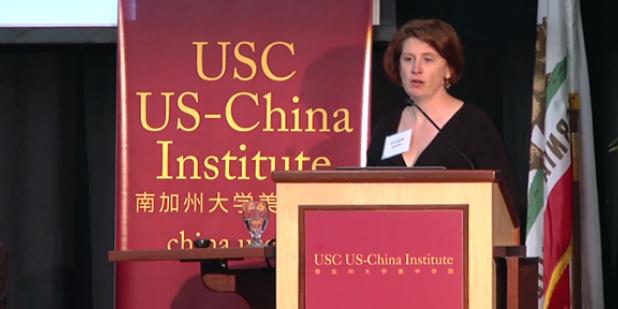 Erin Ennis has been Vice President of the US-China Business Council since 2005. She directs the Council's government affairs and advocacy work and oversees its business advisory services on behalf of its 215 member companies. Prior to this, she worked on trade matters at Kissinger McLarty Associates. In the 1990s, Ennis worked at the Office of the US Trade Representative and as a legislative aide to Senator John Breaux. She's a graduate of Mount Holyoke College and the Catholic University of America.