Chen Na discussed the fourth panel of the conference Through Tinted Lenses? How Chinese and Americans See Each Other, hosted by the USC U.S.-China Institute. 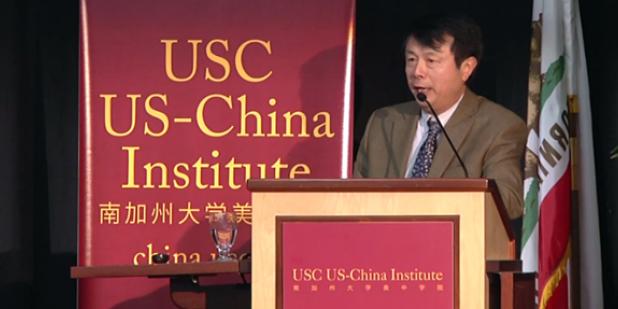 Chen Na teaches about social change, religion and society and other topics at Fudan University. He was trained at Peking University, the University of Pennsylvania, and Temple University. His research interests include the sociology of religion and intercultural communication. His recent work is about the emergence of Confucian congregations in China. He is a co-researcher of the on-going project "Construction of China's National Image and Development of Cross-Cultural Communication Strategy."

>Through Tinted Lenses? How Chinese and Americans See Each Other