In 2008, in honor of hosting the Olympic Games, Beijing pledged to allow a freer atmosphere for the international press, lifting many long-standing restrictions on the movements and activities of foreign correspondents. However, the year also saw several other traumatic events that reshaped the narrative of the China story, thereby reshaping the experience of the foreign press as well. "Tremors" is an account of what it was like to cover the remarkable year of 2008. 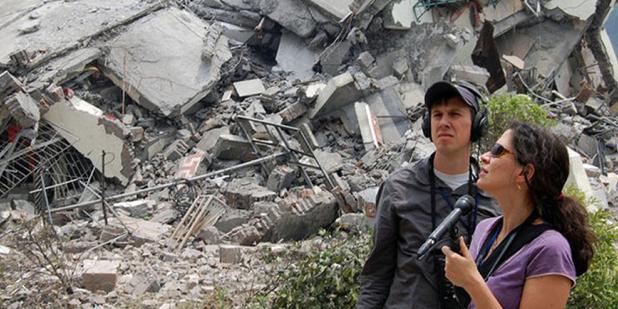 For the Chinese government, the 2008 Olympics in Beijing were designed to be the moment when China took its rightful place on the international stage. Beijing spared no effort or expense to ensure this goal was achieved, spending billions to modernize the face of the capital, building stunning athletic venues, and investing all its prestige to make the Games an affirmation of China's new wealth and power.

In its bid to win the Games, Beijing also pledged to allow a freer atmosphere for the international press, and as the Olympics approached,  long-standing restrictions on the movements and activities of foreign correspondents were lifted.  Reporters for American and other international media suddenly found themselves able to travel freely, conduct interviews, and operate in an atmosphere that was more relaxed and welcoming than many had ever seen.

Yet as the Games approached, two traumatic events reshaped the narrative of the China story. Anti-Chinese riots in Tibet embarrassed the authorities, and widespread public anger in China at the way  American and other western covered the disturbances triggered an ugly wave of hostility towards the foreign media. Soon after came a devastating earthquake in Sichuan, which killed nearly 70,000 people. In sharp contrast to previous disasters, foreign correspondents were allowed immediate and extensive access to the worst-hit areas, and the sympathetic coverage led to an abrupt shift among many Chinese to a more positive view of the international media.

And neither crisis detracted from the extraordinary success of the Olympics themselves, although many foreign corespondents chafed at the restrictions and manipulation they faced while the Games were underway.