This segment in the Assignment:China series focuses on China during the 1990s, when the ongoing crackdown in the wake of the Tiananmen Square protests made it difficult for the American press corps to meet people, travel, or get beyond the stifling bureaucratic obstacles. Reporters and their sources faced continuing surveillance and harassment. However, as the economy took off, the climate for journalists began to improve, and by the late 90s, the China beat entered what one American correspondent described as its "golden age." 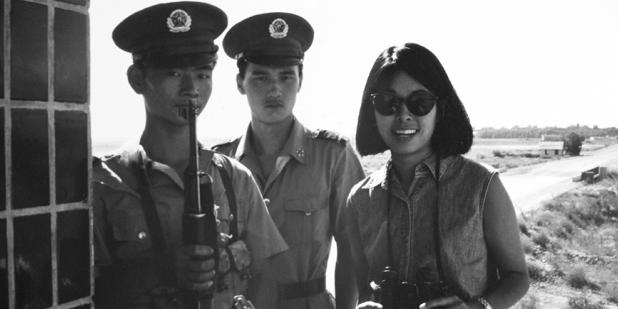 China in the 1990s was a paradox. In the wake of the 1989 crackdown in Tiananmen Square, political repression intensified. At the same time, however, following Deng Xiaoping's "Southern Tour" in 1992, the country's economy took off, triggering dramatic social, economic, and even political changes. It was a decade marked by the emergence of China's first stock markets, the massive migration of millions of people from the countryside to the booming industrial centers on the coast, the rise of Shanghai as a new financial center, and the development of a vibrant youth culture. It was also a period of political transition and tension, with the death of Deng Xiaoping, the Hong Kong handover, a thaw in Sino-American relations, and the emergence of the Falungong.

For the American press corps, it was a particularly challenging time. The ongoing crackdown in the wake of the Tiananmen Square protests made it difficult to meet people, travel, or get beyond the stifling bureaucratic obstacles. Reporters and their sources faced continuing surveillance and harassment. However, as the economy took off, the climate for journalists began to improve, and by the late 90s, the China beat entered what one American correspondent described as its "golden age."

The film features interviews with journalists who covered China during those years, including such well-known correspondents as  Nicholas Kristof and Elisabeth Rosenthal of the New York Times, James McGregor, Joseph Kahn, Ian Johnson, Kathy Chen, and Marcus Brauchli of the Wall St. Journal, Lena Sun, John Pomfret, and Keith Richburg of the Washington Post,   Jaime FlorCruz of Time,   Rebecca MacKinnon of CNN,,  Melinda Liu of Newsweek,  and many others,  It also includes interviews with American diplomats who handled Chinese affairs, and contains fascinating footage of China from that time.