This segment of the Assignment:China series explores the nature of the China story during the wake of the 2008 Olympics, as correspondents clashed with an increasingly assertive Chinese government determined that it- not the foreign media- would shape the international narrative about China. 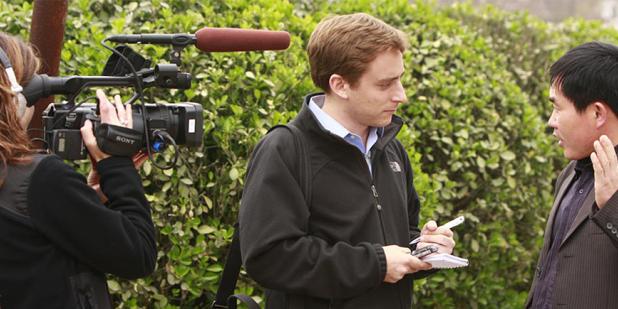 In the wake of the 2008 Olympics, China's domestic political climate and its external behavior began to change.

The financial crisis that rocked the West in 2008-09 convinced China's leaders that the U.S. was a declining power, and the time was right for Beijing to show a more assertive face to the rest of the world.

At the same time, the promise of greater relaxation that accompanied Beijing's Olympic bid gave way to a tightening of controls, fueled in part by outbreaks of unrest in Xinjiang, rising popular discontent over corruption, pollution, and abuse of power, and the growing impact of the Internet, especially Weibo, the Chinese version of Twitter.

For foreign journalists, the increasing complexity of the China story posed a new kind of challenge- not only to figure out what was happening, but also how to explain key trends and developments in a way that captured both the richness and the internal contradictions in Chinese society.

The difficulties of doing so increased substantially in early 2011. As the "Arab Spring" rocked the Middle East, the Chinese authorities feared that calls for a "Jasmine Revolution" at home could challenge the Communist Party's authority. In response, the government dramatically increased surveillance, harassment, and intimidation of American and other foreign journalists. Reporters were followed, detained, and threatened with expulsion on a scale not seen in China since the immediate aftermath of the Tiananmen Square crackdown, and covering China became a tense game of cat and mouse with the authorities.

"Contradictions" explores the nature of the China story during this complex and difficult period, as correspondents clashed with an increasingly assertive Chinese government determined that it- not the foreign media- would shape the international narrative about China.