Andrew Scobell: Is there a civil-military gap in China's peaceful rise? 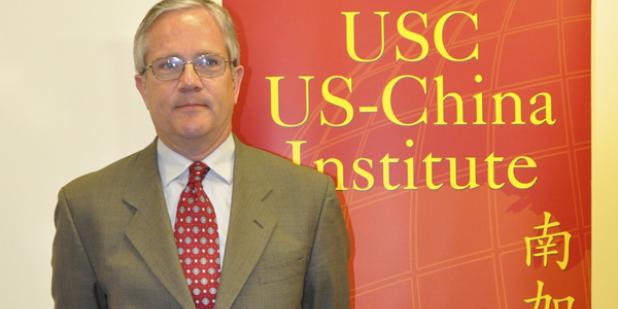 On April 11, 2011 at USC RAND Corporation senior political scientist Andrew Scobell concluded there is a gap between what Chinese civilian and military officials say about China's rise and that this gap suggests that civilian control over the military is loose, at best.

The People’s Republic of China appears intent on becoming a responsible great power. Beijing continues to insist—as it has for several decades—that “peace and development” are the key trends of the times. Beijing has taken great pains to stress that its growing power does not threaten any nation and the world is witnessing China’s “peaceful rise” or “peaceful development.” China is increasingly integrated into the global economy and embracing cooperation and multilateralism in unprecedented ways. Yet, at the same time, observers are alternately alarmed and perplexed by the recurring harsh, threatening rhetoric of senior Chinese military leaders and the intermittent but provocative acts by the People’s Liberation Army. Is there a civil-military gap in China’s peaceful rise?

Andrew Scobell is Senior Political Scientist at RAND's Washington, DC office. Prior to this he was Associate Professor of International Affairs at the George H. W. Bush School of Government and Public Service (with tenure) and Director of the China Certificate Program at Texas A&M University located in College Station, Texas. From 1999 until 2007, he was Associate Research Professor in the Strategic Studies Institute at the U.S. Army War College and Adjunct Professor of Political Science at Dickinson College both located in Carlisle, Pennsylvania. Scobell earned a doctorate in political science from Columbia University. He is author of China's Use of Military Force: Beyond the Great Wall and the Long March (Cambridge University Press, 2003), China's Search for Security (Columbia University Press, forthcoming, 2011) with Andrew J. Nathan, more than a dozen monographs and reports, as well as several dozen journal articles and book chapters. He has also edited or co-edited twelve volumes on various aspects of security in the Asia-Pacific region.