Andrew Scobell seeks to assess the "real" relationship between the PLA and its civilian masters by moving beyond media and pundit speculation to mount an in-depth examination and explanation of the PLA's role in national security policy-making. 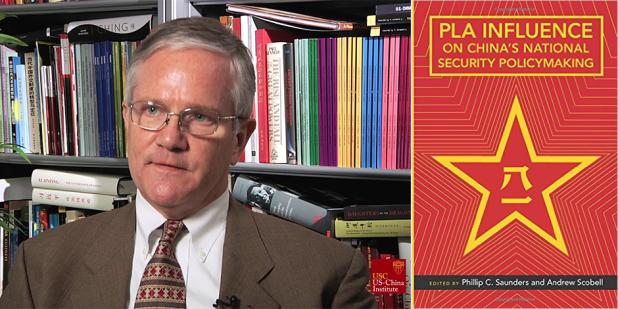 In recent years there have been reports of actions purportedly taken by People's Liberation Army (PLA) units without civilian authorization, and of Chinese Communist Party (CCP) civilian leaders seeking to curry favor with the military—suggesting that a nationalistic and increasingly influential PLA is driving more assertive Chinese policies on a range of military and sovereignty issues. To many experienced PLA watchers however, the PLA remains a "party-army" that is responsive to orders from the CCP.

PLA Influence on China's National Security Policymaking seeks to assess the "real" relationship between the PLA and its civilian masters by moving beyond media and pundit speculation to mount an in-depth examination and explanation of the PLA's role in national security policy-making. After examining the structural factors that shape PLA interactions with the Party-State, the book uses case studies to explore the PLA's role in foreign policy crises. It then assesses the PLA's role in China's territorial disputes and in military interactions with civilian government and business, exploring the military's role in China's civil-military integration development strategy. The evidence reveals that today's PLA does appear to have more influence on purely military issues than in the past—but much less influence on political issues—and to be more actively engaged in policy debates on mixed civil-military issues where military equities are at stake.

Andrew Scobell is a senior political scientist at the RAND Corporation. Prior to this he was an associate professor of international affairs at the George H. W. Bush School of Government and Public Service and director of the China certificate program at Texas A&M University in College Station, Texas. From 1999 until 2007, he was associate research professor in the Strategic Studies Institute at the U.S. Army War College and adjunct professor of political science at Dickinson College, both located in Carlisle, Pennsylvania. Scobell is author of China's Use of Military Force: Beyond the Great Wall and the Long March (Cambridge University Press, 2003), China's Search for Security (Columbia University Press, 2012) with Andrew J. Nathan. His latest edited volume is PLA Influence on China's National Security Policymaking (Stanford University Press, 2015) with Phillip C. Saunders. Scobell was born and raised in Hong Kong and regularly makes research trips to the region. He earned a doctorate in political science from Columbia University.

Video: Andrew Scobell And Tai Ming Cheung Examine The Remaking Of The PLA By Xi Jinping